A Calorie is a Calorie, but that’s not the right question

Discover the secrets of weight loss and gain. Spoiler alert, it’s not calories – it’s the hormones.

By Jason Fung, M.D., Co-founder of The Fasting Method

A calorie is a calorie. This is obviously true. Just like a dog is a dog, a dollar is a dollar, or a desk is a desk. But that’s the wrong question. I never asked if a calorie is a calorie. No, the real question we’re asking is are all calories equally likely to cause fat gain? Here, the answer is a simple, but emphatic NO. Some calories are more fattening than other calories. 100 calories of cookies is much more likely to make you fat than 100 calories of broccoli. Nobody gets fat eating broccoli, no matter how much they eat. But many people get fat eating cookies, even just a few. 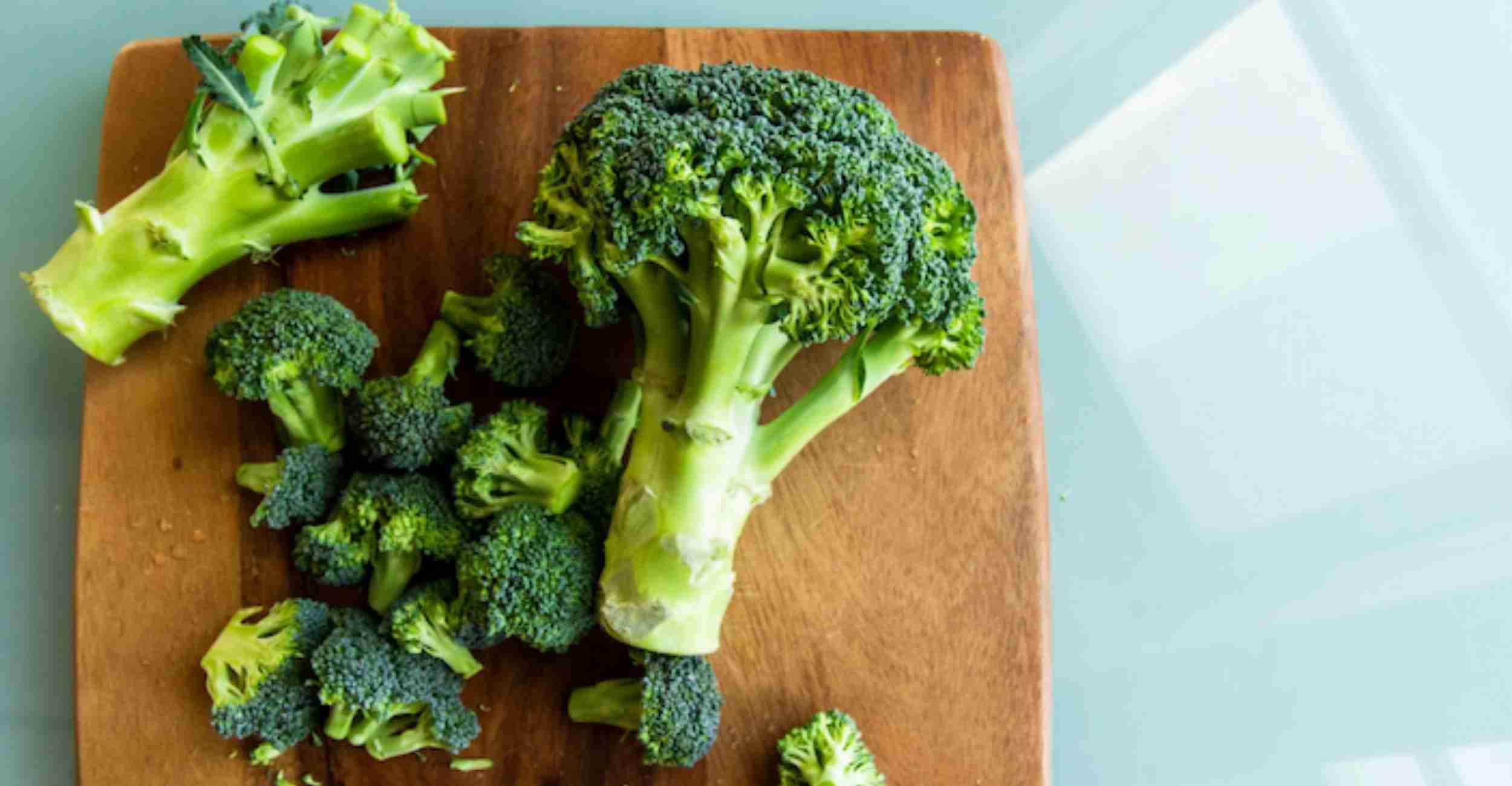 Definition of a Calorie

A calorie is simply a unit of energy. Foods are composed of three macronutrients – proteins, carbohydrates, and fats. When eaten, our body produces a substantially different hormonal response to each of these macronutrients. Carbohydrates, for example, often stimulate insulin, where dietary fat does not. Dietary protein stimulates the hormone peptide YY, and dietary fat stimulates the hormone cholecystokinin.

When burned in a laboratory (a bomb calorimeter), you can reduce these three macronutrients to a single measure of how much heat is released. This is not a measurement the human body actually cares about. Our body does not know or care how many calories we ingest. It simply has no way of knowing. No living tissue has calorie measuring receptors. Our body does not somehow measure those calories we ingest, subtract the calories we expend and deposit the rest as body fat. By contrast, science has spent decades working out the detailed physiological pathways of metabolism to the macronutrients and the responses of the human body to various hormones.

Some believe it doesn’t matter whether we eat salad or ice cream, in the end the only important thing is the physiologically irrelevant calories. Hence the saying, “a calorie is a calorie”, completely ignoring the different hormonal profile of the foods we eat. This is a relatively new belief. Back in our grandmother’s day – and mostly any time before the 1970s, people didn’t think about the amount of calories they were eating, but instead worried about the foods they were eating. That is, eating foods like sweets and starchy foods more likely caused obesity, and cutting those out often reversed weight gain. Nobody, they would argue, got fat eating broccoli. 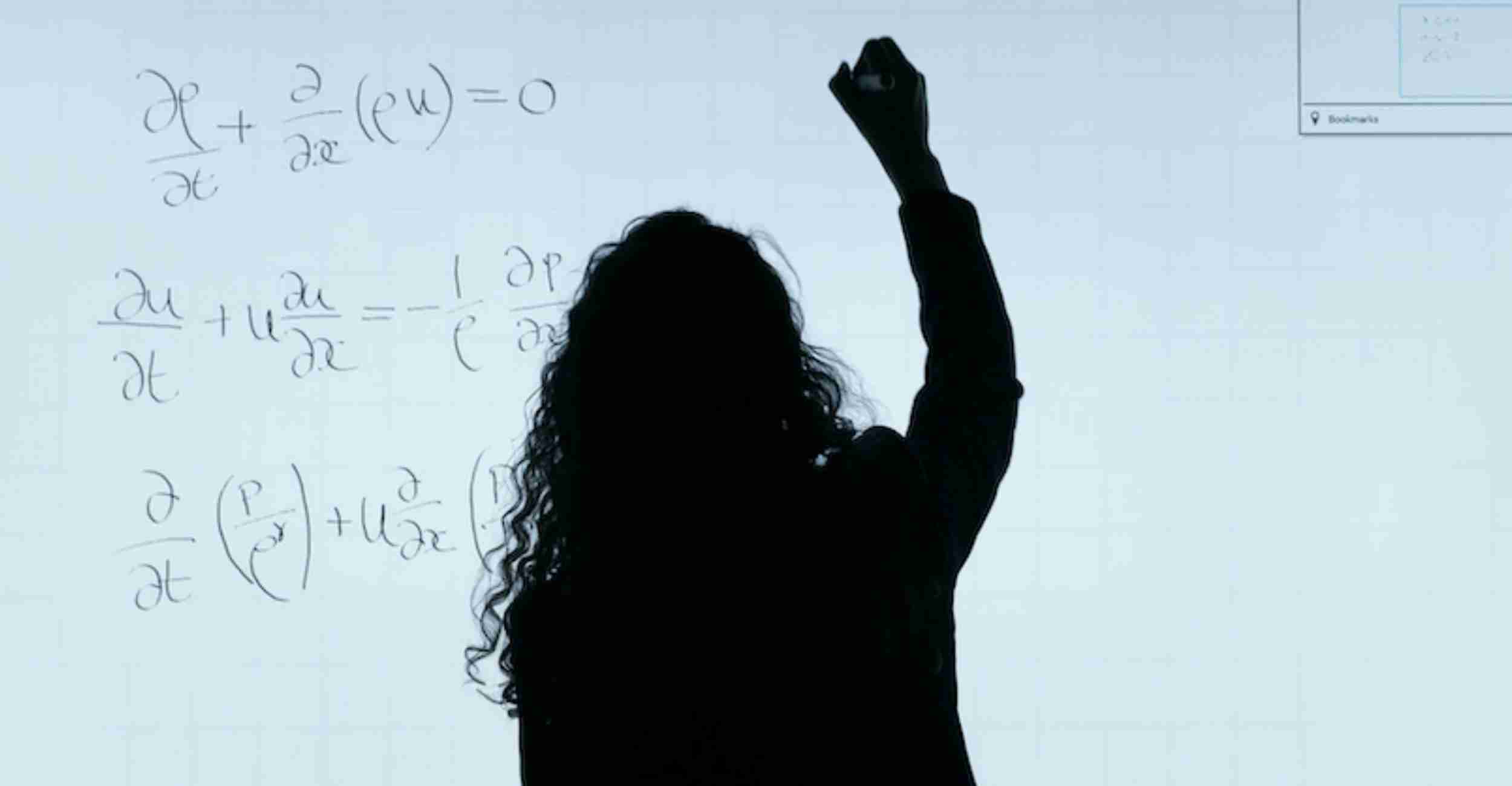 Calories In/ Calories Out

Let’s return to the ‘Energy Balance’ equation, which is always correct but almost always misinterpreted.

Body Fat = Calories In – Calories Out

At first glance, it appears fairly simple. If you increase ‘Calories In’, then Body Fat should also increase, and if you decrease ‘Calories In’, Body Fat should decrease. But this makes an incredibly erroneous assumption – that ‘Calories Out’ does not change in response to ‘Calories In’. It’s a well established scientific fact that following most calorie restriction diets result in a lower basal metabolism that requires less caloric expenditure. If you’re burning fewer calories in response to eating fewer calories, then body fat may not be reduced at all. This is still fully in keeping with the Energy Balance Equation. 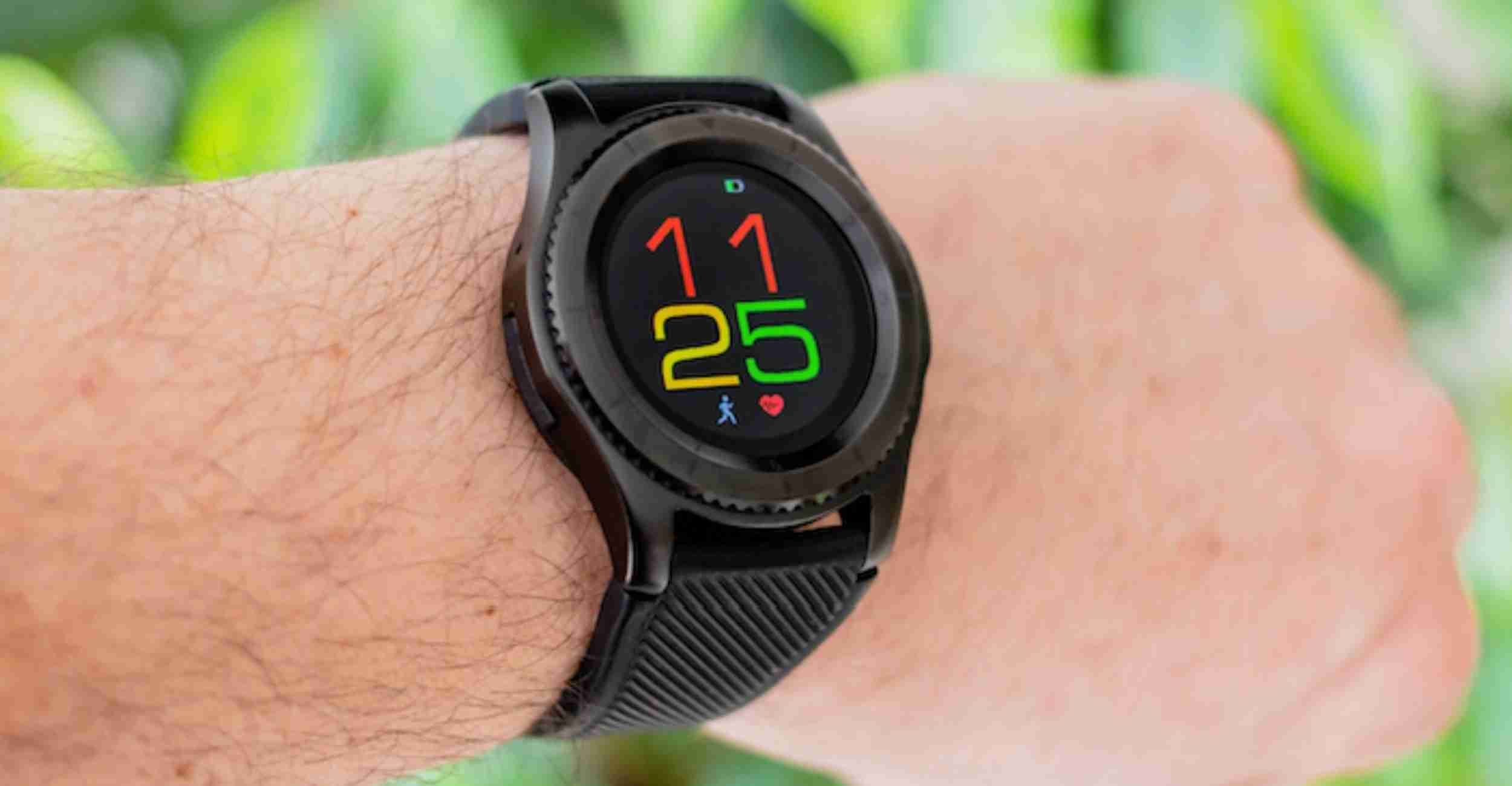 What is crucial is not simply the ‘Calories in’, but also ‘Calories Out’ and understanding that changing one of these variables changes the other. ‘Calories Out’ consists of both voluntary activities (exercise) but more importantly, basal metabolic rate (BMR), which is the energy needed simply to survive. This is the energy used for generating body heat and powering the organs like the brain, kidney, liver, and heart.

We spend obsessive amounts of time considering the ‘Calories In’ part of the equation without any consideration of the ‘Calories Out’. Why? Ignoring exercise for the moment, it is much more difficult to measure. Therefore, we make the simple but erroneous assumption the basal metabolic rate is constant. For example, if your body temperature lowered from 36.5 degrees to 35.5, you would burn far fewer calories. But how much less? This is not easily measured. So we often assume BMR is stable but it is a crucial well-known error.

Consider an analogous situation. Our personal savings can also be expressed as an equation, the ‘money balance’ equation:

Savings = Money In – Money Out 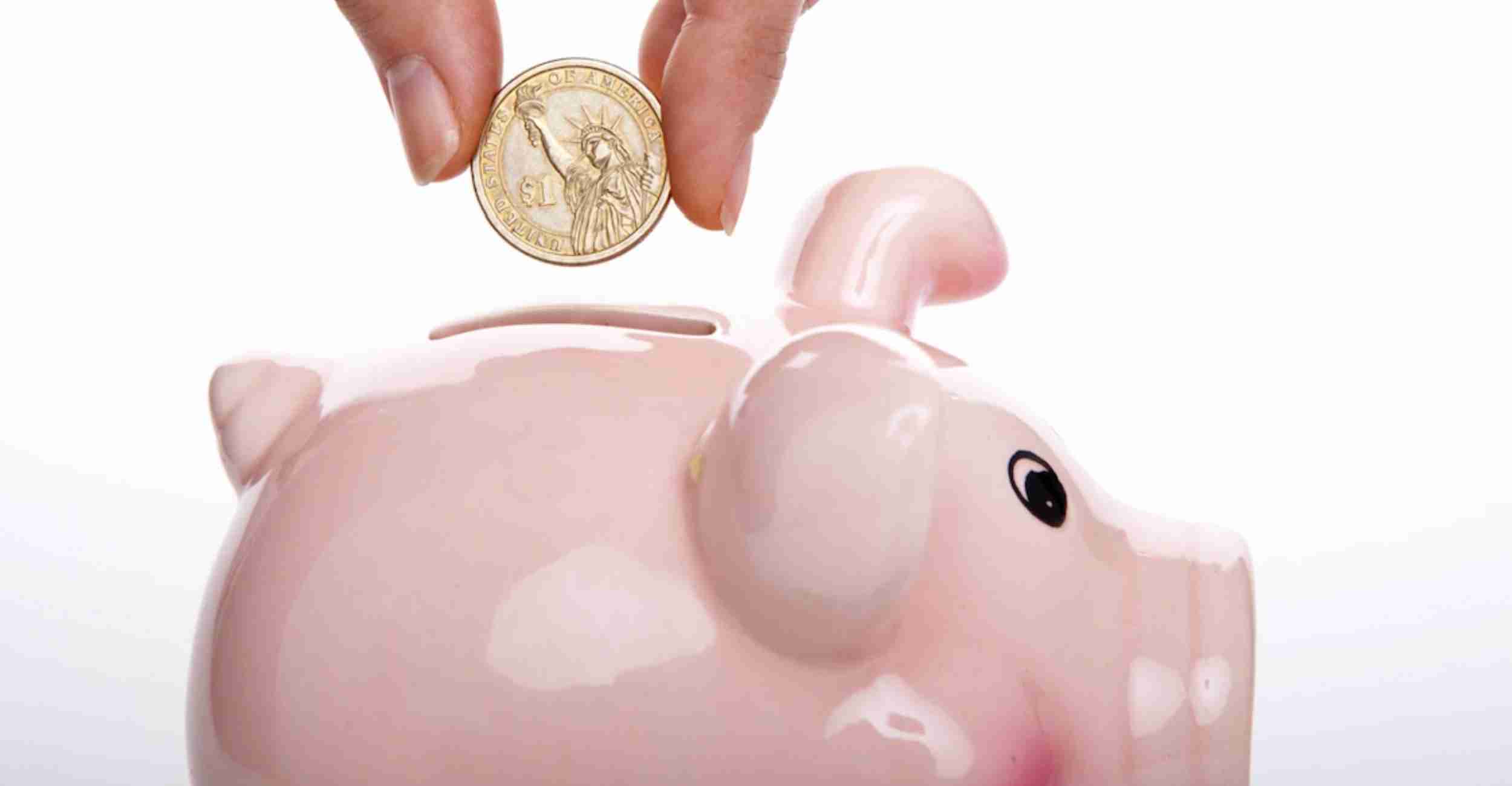 This is obviously true. Suppose you make $100,000 a year, and spend $100,000 per year. You’ve saved nothing. Looking at this and using the same logic as the ‘Energy Balance’ equation, you might be tempted to say if you made $120,000 per year, your savings should increase from zero to $20,000. This is true but ONLY IF ‘Money Out’ doesn’t change. If you got a raise and bought yourself a nice car for $20,000 then you would have no savings. In this case, your spending went up because your income went up. The two variables were dependent, not independent.

In the Energy Balance Equation, the situation is the same. If you eat fewer calories, but your body burns fewer, then the net effect is no fat loss. It turns out, as most people already know, the body almost always reduces its energy expenditure in response to a reduced caloric intake. This is the precise reason why almost all diets are less effective than expected. For example, in the TV series, The Biggest Loser, almost all participants regained most of their weight lost because of a steep drop in energy expenditure. Reducing ‘Calories In’ precipitated a steep decline in ‘Calories Out’, resulting in no overall fat loss.

So, looking at the Energy Balance equation, we need to understand both what determines ‘Calories In’ (hunger), but also ‘Calories Out’ (basal metabolism). Once again, it all comes back to physiology, not physics, and our hormones, the most important of which is insulin. A calorie is a calorie, but not all calories were created equal.

For more, see The Obesity Code.

For fasting education, support and community, go to The Fasting Method.

This blog is available in other languages: