Currency (money) is useful because it represents mutually agreed upon means of measurement and exchange. That is, if we all accept American dollars as our currency of exchange, then items as disparate as a bus or an onion can be all measured in the same units. The bus is expensive and costs more dollars and the onion is cheaper and costs less dollars. But everything is measured in dollars and both parties accept dollars as the currency of exchange. 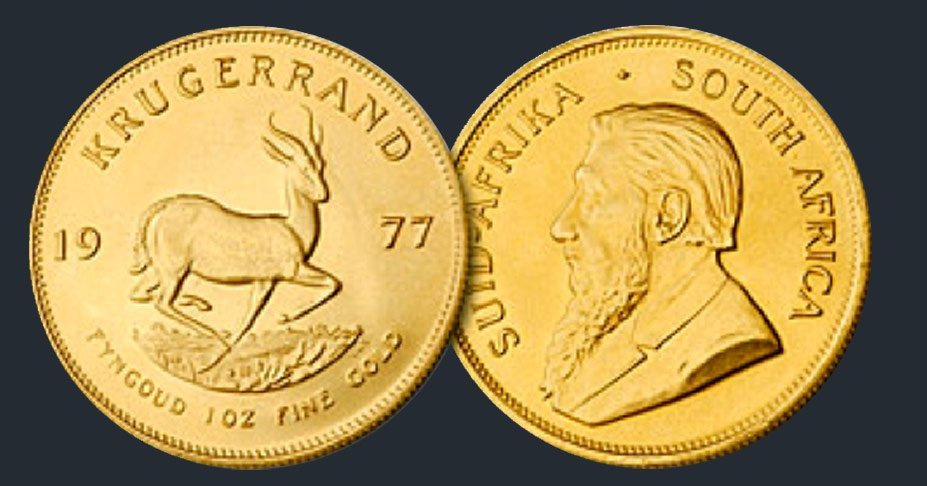 If one party decides to deal in dollars and the other accepts sea shells (as used historically in some primitive cultures) or salt, then it is impossible to deal. There is no common currency. The buyer wants to use dollars and the seller wants sea shells. No deal. Both parties need to agree on how to trade. That is the value of a common currency, whether it is dollars, sea shells, Bitcoins or gold. There is only power as long as the two parties agree.
It is just like a common language. English is particularly useful because many people speak it. Therefore, in the United States, it is very likely that you can speak English and somebody understands you. In China, Mandarin is more useful than English, again because both people are able to speak it.
Microsoft dominated the software wars because it was the most popular, which automatically made it the most useful. It sure wasn’t the blue screen of death, or Microsoft Bob that made it useful. Man, I hated that stupid paperclip. Made me want to poke my own eyes out. But Microsoft was the common standard, which made it useful. 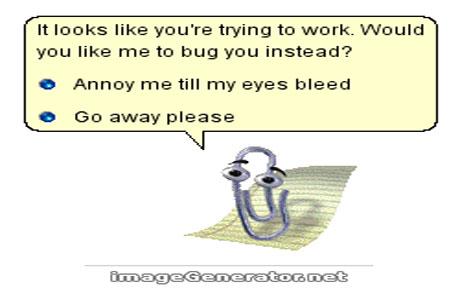 But this post is about nutrition and obesity. So, what is the common currency of weight gain? Most people think that ‘calories’ fulfills this role of common currency. Sugar contains a certain number of calories and lettuce has less calories. We imagine, therefore that these calorically ‘expensive’ and ‘cheap’ foods can be measured on the same currency of calories.
There are other ways, of course to measure different foods. You could simply weigh them. So 1/2 a pound of sugar is the same as 1/2 a pound of lettuce. This is simply a different currency. You could make the same First Law of Thermodynamics argument for weight as for calories. If you eat 1/2 pound of food, whether sugar or lettuce, you must gain 1/2 pound of weight. After all, how can your body gain more weight? Does weight come from thin air? How can it gain less weight? The weight of food simply disappears? Thermodynamics is a law, not a general suggestion. In both cases (weight and calories), the confusion arises from misunderstandings about thermodynamics and body fat.
What’s crucially important, though, is to see if the body ‘cares’ about calories. Does the body have some mechanism to count calories? Does the body have sensors to detect calories? Do we have an internal bomb calorimeter to measure calories and change behavior/ metabolism based on calories? No, no and no.
Your body doesn’t give a hoot about calories. Calories are not an accepted currency in our body. It does not count calories so why should you? A calorie is a calorie. So what? Who cares? Certainly not your body. Consider two foods of equal caloric value. On the one hand, you have a bit of sugary soda, and on the other is a plate of lettuce. Calories are identical. OK. So what? When you eat those two foods, does your body somehow measure these calories? No. 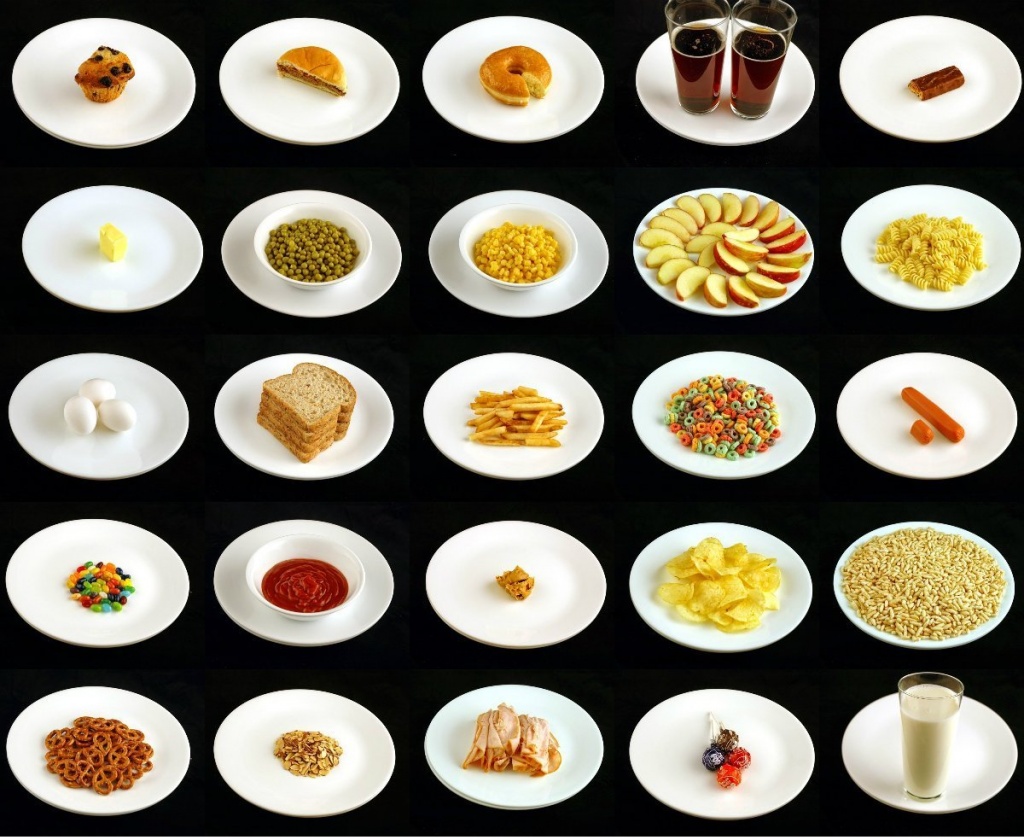 The metabolic effect of those two foods is completely and utterly different. Sugar will stimulate insulin. It will not activate any of the other satiety hormone. It does not activate stretch receptors in the stomach (satiety signal). It does not activate peptide YY, cholecystokinin (satiety hormones). A piece of steak, on the other hand, will do all those things. Therefore, you feel full after eating the steak, but not sated at all with the soda.
So, why do we pretend that all calories are equal? There’s nothing equal about them. Calories are not the common currency of the body. It’s like we’re walking around with a bunch of sea shells in our pockets and trying to buy a hamburger in Philadelphia. Everybody wants dollars and we want to pay in sea shells. The burger guy don’t care about sea shells. Our body don’t care about calories.
The same applies to the weight of food, or the volume of food. 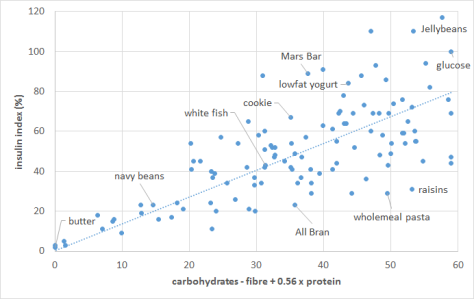 Your body doesn’t weigh the food coming in, and doesn’t care. The key is that eating a pound of lettuce and a pound of sugar produces completely different metabolic responses. In one case, the body may burn off that energy, and the other case, it may decide to store that fat. Weight is not the common currency.
No, our body gains or loses fat according to detailed hormonal instructions from our brain. So what does our body respond to? Insulin. The rise and fall of insulin is the main stimulus to weight gain. So, food that stimulate insulin are typically more fattening (cookies). Those that do not (kale) are typically not fattening at all. If the body cares about insulin (and other hormones, but mostly insulin), then we need to use the common currency, speak the common language of the body. Insulin. We can translate foods into insulin effect instead of calories. Marty Kendall at www.optimisingnutrition did just that.
He has constructed the best food insulin index available. You can estimate a foods insulin effect based on net carbs (carbs- fibre) + 0.54 protein. Even then, this formula only accounts for about 50% of the known insulin effect, so there is still much more we need to learn. The least insulinogenic diet is low carb, high fibre, moderate protein, high in natural fats. In other words, a real food, LCHF diet.
The same goes for counting carbohydrates. You body certainly responds to carbohydrates, but it doesn’t count them. Some carbohydrates will stimulate insulin and others will not. That means that all carbohydrates are not equal. Highly processed carbohydrates are very stimulating to glucose and insulin. Minimally processed carbohydrates have very little glucose or insulin effect.
So remember, the common currency of the body is not calories. But neither is it dietary fat, protein or carbohydrates. It’s not fibre. It’s not ketones. 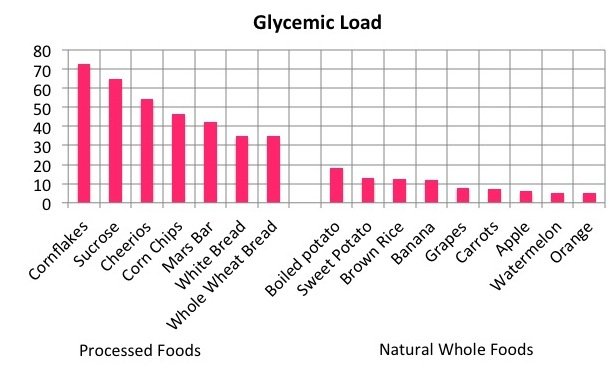