The relationship between fasting and hunger is, without doubt, the #1 concern we hear. Overcoming hunger seems a daunting task, stemming from a misunderstanding of actual hunger. This is mildly ironic, since my guess is that 95% of us have never, truly been hungry in the sense of starvation, where we did not know when we would be able to eat again. However, I also understand that hunger is one of the most basic human drives/instincts known as the 3 F’s (food, fluids, and procreation).
We saw in our last post that much of what we perceive as hunger is actually a learned behaviour, and as such, can be ‘unlearned’. Breaking all the conditioned stimuli of food will help reduce hunger cues. However, there is also a natural need and desire for food. There are unconditioned stimuli – those signals for us to eat – smell, touch, taste, sight of food. The hunger response starts well before food is ingested, and is highly dependent upon hormonal stimuli (gherelin, peptide YY, cholecystokinin, leptin etc). For example, you might think the smell of food increases hunger. But what if you had just stuffed yourself at the All You Can Eat Buffet? The smell of french fries is likely to make you queasy, not hungry.

But, if you are susceptible, then hunger starts in the mind. This is known as the cephalic phase response (CPR). ‘Cephalic’ refers to the brain – so these are measurable physical responses to the suggestion of food and lasts for about 10 minutes. The most obvious of these is the Pavlovian response that we discussed previously. Salivation increases immediately upon the expectation, not the actual delivery of food. Interestingly, the amount of salivation increases when people are shown a picture of a lemon compared to other foods, so clearly the CPR is ‘learned’.
Pancreatic fluid and bicarbonate are also secreted into the stomach well before any food is received. The pancreas also starts to ramp up insulin production and secretion before there is any change in blood glucose levels. Post-prandial thermogenesis – the body heat produced after meals – is also increased. These are measurable responses, although much weaker even in anticipation of food even if no meal is taken afterwards.
The purpose of CPR is to help synchronize the gut response and the incoming food bolus – gut pre-conditioning. If you deliver food directly into the stomach, there is no preparation and subsequent blood sugars are much higher as the body has not had a chance to produce insulin.
Of interest, sweetness itself is not sufficient to start the cephalic response. An unflavored artificial non caloric sweetener by itself did not stimulate insulin secretion. However, when paired with flavour, it may start the the cephalic phase, even if the gastric phase does not proceed (because it has no calories or bulk).

So, why is this relevant?
First, there is controversy whether you can use non-nutritive sweeteners during fasts (Splenda etc.) Even though there are no calories, this does not negate the cephalic phase response. If the flavour and the sweetener is enough to start the CPR (diet soda, for example), then this will naturally stimulate hunger and the desire to eat. You are chumming the shark infested waters of hunger. If you don’t eat soon, somebody’s gonna get their head bitten off. So, yes, artificially sweetened food can make you hungry.
Diet sodas, in my opinion, are generally not helpful to efforts to fast or lose weight. Recent randomized controlled studies back up the point that diet drinks may sabotage weight loss efforts despite the large decrease in consumed sugars. Of course, common sense would have told you the same thing. If sweeteners were the answer, we would not have this obesity epidemic, would we? It’s not like people aren’t eating sweeteners. How many people do you know that have tried sweeteners? 95% of everybody? How many people lost significant weight? 2%? There’s your answer right there. The proof is in the pudding. In our IDM program, we prohibit the use of all artificial sweeteners.
However, if the flavouring is weak and CPR is not activated, then use of artificial sweeteners may be OK. There are certainly those that argue that sweeteners help them lose weight by increasing compliance. If so, great. My best advice is to try to fast without the use of sweeteners. If you cannot, then you can try adding a small amount. However, if it makes fasting harder, or prevents you from seeing results, then stop.
The second practical implication of the CPR is that we must remove ourselves food stimuli. Trying to cook a meal while fasting is almost unbearably difficult. To see and smell the food without being able to eat it is hard. This is not simply a matter of weak willpower. Our cephalic phase responses are fully activated. To stop there is like trying to stop a piranha feeding frenzy. Or like trying to stop peeing after you started. (This is actually the way you are supposed to do a urine test). If you can take yourself out away from food stimuli, then keeping to a diet or a fast is infinitely easier. This, of course is the reason you should not shop for food when hungry, or keep cookies/ snacks in the pantry.
That is why one of our most important tips for fasting is to stay busy. I often fast during workdays, because it fits easily into my schedule. I simply work through lunch. By staying busy, I don’t even remember to be hungry. My cephalic phase response has not been activated. If somebody were to put food in front of me, I often cannot resist. But if there is only a pile of paperwork, I just plow right through and forget to be hungry. Then, I get to go home early because I just saved an hour or so.

We often imagine that hunger will build and build until it is unbearable and we need to stuff ourselves with Krispy Kreme donuts. however, this is not the case at all. Hunger comes in waves. You just need to ride out the waves. 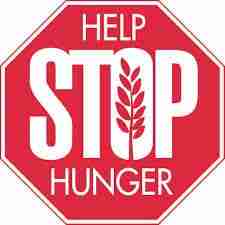 Remember a time when you skipped lunch. At first, you get hungry. It’s 12:00 noon, but perhaps you are caught up in a meeting and can’t get away. The hunger builds and builds, but there’s nothing to be done. Boss is such a jerk! But what happened at 1:00 or 1:30 or so? The hunger entirely dissipates. The wave has passed. By dinner time, you might remember you missed lunch and eat.
What’s the best way to pass the wave? I find that drinking a cup of green tea or coffee is enough. By the time I’ve finished my cup of green tea, the hunger has passed and I’ve gone onto the next thing to do that day.
Hunger is not predetermined by not eating for a certain period of time. Hunger is a hormonal signal. It does not come about simply because the stomach is ’empty’.  Why is this important? Because that explains how people can fast for days without being hungry. This is a consistent finding throughout the scientific literature on fasting as well as in our own IDM program.
For example, Dr. Gilliland, in his description of total fasting found that

A feeling of well-being is certainly engendered in this way and may amount to euphoria. We did not encounter complaints of hunger after the first day.

Jeez! People weren’t hungry and actually felt ‘euphoric’ during 14 days of fasting. In fact, some felt so good, they wanted to continue. This was echoed by the experience of Dr. Drenick, of UCLA. Hunger comes quite strongly during the first 1-2 days of fasting. After that, the hunger just subsides and then goes away. Some people speculate that the ketones are actively suppressing appetite.
This explains our response to people who feel they cannot go beyond 24 hours of fasting. We advise them to try 3-7 full days of fasting. Why would we do that? Well, this rapidly gets their bodies used to fasting. By getting over the first 1-2 days, hunger starts to disappear and they become reassured that they are not ‘overwhelmed’ by hunger. Most patients feel that day 2 is the worst. Once they know this and expect it, they are able to handle it.
So, the bottom line?
Hunger is a state of mind, not a state of stomach.
Start here with Fasting part 1
Continue to Fasting Part 19 – Circadian Rhythms