Feasts and Fasts – The Cycle of Life – Fasting part 11

Feasts are an important part of life. This is a vitally important fact to acknowledge. That is, every single important celebration is marked by feasting. Eating is a celebration of life. Any diet that does not acknowledge this fact is doomed to failure. We eat cake on our birthday. We eat holiday feasts like Thanksgiving. We celebrate Christmas dinner. We prepare wedding banquets. We go to a nice restaurant on our anniversary. 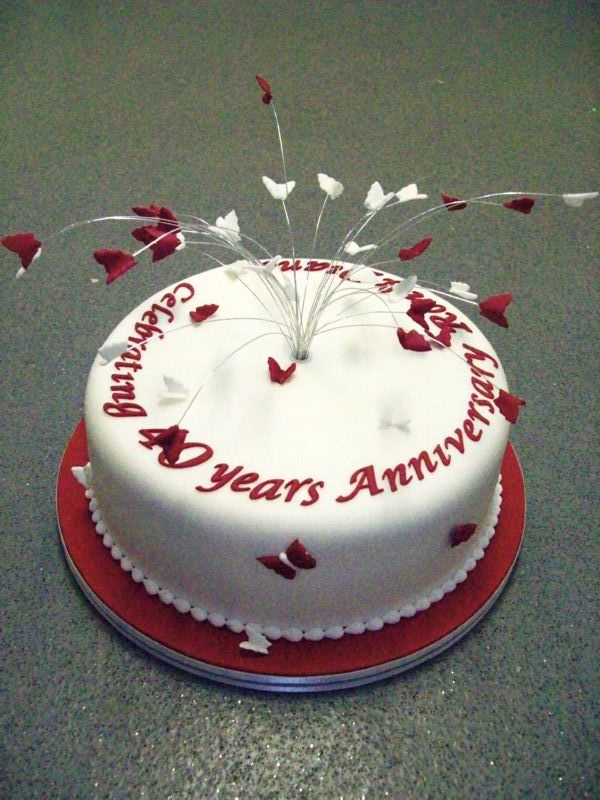 We don’t celebrate with birthday salad. We don’t prepare wedding meal replacement bars. We don’t eat Thanksgiving ‘green’ shakes. We need to acknowledge a fact that we’ve known all along. Weight gain is not a constant phenomenon. It’s an intermittent one. With that knowledge, you can see that a lasting solution to weight gain is also intermittent. Weight gain varies throughout life, and also throughout the year.
Certain periods of life are associated with increased weight gain. This includes adolescence, where weight gain is part of normal development. This also includes pregnancy, another situation where insulin plays a dominant role. Weight gain during pregnancy is normal. However, it also increases the risk of obesity later in life as well – a demonstration of the time dependence of insulin and obesity. This period of increased insulin effect (to help the body gain weight) may have lasting effects.
The simplest way to study this question is to compare women who have had children with those who have not. There are multiple problems with this approach since this is not a randomized group, and those who have never had children (nulliparous) may differ from those who have had children. For example, the stress of having children and associated sleep deprivation may have an effect. However, a randomized study is out of the question, so this is the best data we will get.
10 year follow up data from the first National Health and Nutrition Examination Survey (NHANES 1971-75) was used in this paper from 1994. Overall, the women’s weight gain in those with children compared to nulliparous was 1.6 kg after adjustment. With 1, 2, and 3 children the weight gain averaged 1.7kg, 1.7kg, and 2.2 kg respectively, so there shows some evidence of dose-response.
That doesn’t seem so bad, does it? But the risk of gaining more than 13 kg was increased by 40-60%! The risk of becoming overweight was increased by 60-110%. So, while the overall effect seems modest, the health consequences may not be so.  There seem to be some who are predisposed to gain large amounts of weight with childbirth and many who go back to the pre-birth weights. You probably already know some.
This is far from an isolated finding. In 1994, the Journal of the American Medical Association published the CARDIA study also showed a 2-3 kg weight gain over 5 years associated with pregnancy. This happened in both blacks and whites. Waist to hip ratio also increased – an indicator of visceral fat gain – the more dangerous type.
Menopause is also associated with significant weight gain. Women were measured during their menopausal years and averaged 2.25 kg weight gain average. Along with this, the blood pressure, serum cholesterol and fasting insulin tends to increase. In men, weight tends to increase in the years after marriage. Married men tend to be fatter than unmarried ones. This does not seem to hold true for women.
The main point is this – weight gain is not always steady. Also weight gain is largely a hormonal, not a caloric imbalance. The hormonal changes of pregnancy and menopause can certainly precipitate large weight changes. Trying to battle a hormonal problem with calorie-based weapons is a losing proposition.
Other life events often cause or are associated with weight gain. Smoking cessation is a major cause of weight gain. In a NEJM paper in 1991, it was estimated that weight gains average 2.8 kg in men and 3.8 kg in women. However, some people have major weight gains of >13 kg – 9.8% in men and 13.4% in women.
Even with a single year, the majority of weight gain happens in a short period of time. Let’s take a closer look at where weight gain happens in a paper published in the New England Journal of Medicine in 2000 called “A prospective study of holiday weight gain“. The holiday period of US Thanksgiving to New Years covers roughly 6 weeks. Researchers repeatedly measured a sample of 200 US adults to see whether weight gain happened disproportionately during this time. 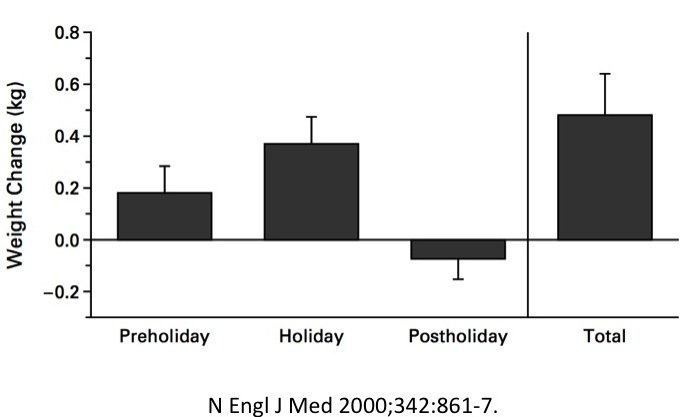 Average weight gain over the entire year averages 0.2-0.8 kg per year. This is close to the 1-2 pound per year average that is commonly quoted in the lay press. In this study the average weight gain over the entire year was 0.62kg.
However, this weight gain is not equally gained throughout the year. In the 6 weeks of the holiday period, roughly 2/3 of the weight of the entire year was gained (0.37 kg). In the remaining 46 weeks of the year, only 1/3 of the weight is gained. There is a small attempt to lose weight in the immediate post-holiday period, but this is clearly not sufficient to offset the holiday weight gain. 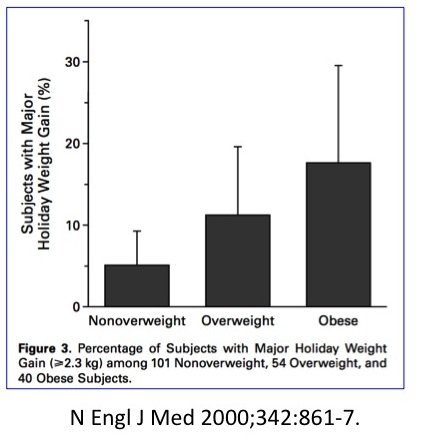 Another interesting finding was that those subjects who were already overweight or obese tended to gain the most weight during the holiday period. This is probably not news to people. The fat get fatter. Those who have struggled with weight for the longest, have the most trouble.
This is yet another example of the time-dependency of obesity. One of the major shortcomings of the caloric theory is the overlooking of this important fact of life.
If weight gain is not uniform throughout the year, then weight loss efforts also need to vary. You need a strategy of increasing weight loss at times and maintenance of weight at others. A constant diet does not match the cycle of life. Feast and Fast. There are times that you should eat a lot. There will be other times that you should be eating almost nothing. That is the natural cycle of life.
If we keep all the feasting, but eliminate all the fasting, then it is rather predictable what the result is. Weight gain. In fact, religions have almost universally acknowledged this fact. There are many periods where feasting is prescribed – Christmas for example. There are other periods of time where fasting is prescribed – Lent, for example. 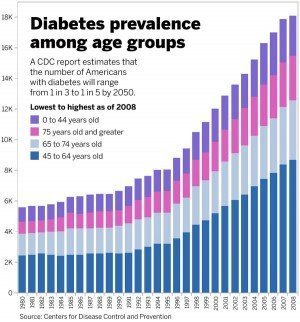 The ancient civilizations and religions all knew this simple rhythm of life. When the harvest comes in, you feast. But you will fast often in the upcoming winter. But now, in our modern day of continuous food availability, religions have prescribed periods of feasting and fasting. We have kept the feasts, but fear the fasts. They have become demonized. And we have paid the price.
Type 2 diabetes has become an absolute epidemic in all age groups. It seems pretty obvious that this is a balance problem. If you feast, you must fast. If you keep all the feasting and lose all the fasting, you get fat. That’s really not so hard to understand, is it?
But what happens when you lose all the feasting? Well, then life becomes a little less special. If you are the guy at the wedding who won’t drink, who won’t eat the cake, who won’t eat the full meal, who won’t eat the appetizers  – there’s a name for that – the party pooper.
Maybe you can keep it up for 6 months, or 12 months. But forever? Heck, not even the most extreme religions did that. That’s pretty hard to do. Life is full of ups and downs. Celebrate the ups because the downs are right around the corner. But you must balance the periods of eating a lot with periods of eating very little. It’s all a matter of balance
Start here with Fasting Part 1
Continue here for Fasting Part 12