Fibre – How To Lose Weight IX

Fibre is the non-digestible part of food, usually a carbohydrate. A more formal definition is the “dietary constituents that are not enzymatically degraded to absorbable subunits in the stomach and small intestine”. These are generally plant foods, but occasional animal foods such as liver glycogen are included. Common types of fibre include cellulose, hemicellulose, pectins, beta-glucans, fructans, and gums. Whole grains, fruits, vegetables, legumes and nuts are all major sources of dietary fibre. 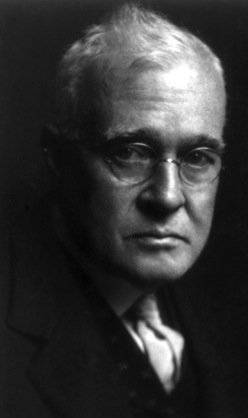 Fiber is classified as soluble or insoluble based on whether it is dissolvable in water.  Beans, oat bran, avocado and berries are good sources of soluble fibre. Whole grains, wheat germ, beans, flax seeds, leafy vegetables and nuts are good sources of insoluble fibre. Fibre can also classified as fermentable or non-fermentable. Normal bacteria residing in the large intestine have the ability to ferment certain undigested fibre into the short-chain fatty acids acetate, butyrate and propionate. These fatty acids can be used as an energy source. They may also have other beneficial hormonal effects including the decreased output of glucose from the liver. Generally, soluble fiber is more fermentable than non-soluble.
Fibre has multiple purported mechanisms of health benefit but the importance of each is largely unknown. High fibre foods require more chewing, which may reduce food intake. Horace Fletcher (1849-1919) believed strongly that chewing every bite of food one hundred times would cure obesity and increase muscle strength. This helped him lose 40 pounds, and “Fletcherizing” became a popular weight loss method in the early 20th century.
Fibre may decrease palatability and thus reduce food intake. Children seem to naturally gravitate towards the white bread and white pasta, rather than the whole-wheat varieties. Fiber bulks up foods and decreases energy density. Soluble fibre absorbs water to form a gel, further increasing volume. This fills the stomach, which increases satiety. Stomach distention may signal a sensation of fullness or satiety through the vagus nerve. Increased bulk may lead to increased time for stomach emptying.  This leads to a slower rise in blood glucose and insulin after meals. In some studies, half the variance of the glucose response to starchy foods depends upon the fiber content.
In the intestines, soluble fibre may ‘trap’ nutrients in the gel formed. This blocks contact with the intestinal walls, reducing absorption of fats and proteins. The mixing of food and digestive enzymes is disrupted. Indeed, some studies have shown that increased fibre intake lowers fat and protein absorption. Increased unabsorbed macronutrients in the distal small bowel may result in further delaying of stomach contents. The mechanism has been called the ‘ileal brake’. Presumably, this is an adaptive feature to allow more complete absorption of nutrients farther upstream. Hormones involved in this ‘ileal brake’ may include GLP-1, peptide YY and neurotensin.
In the large intestine, the increased stool bulk reduces the transit time.  The increased stools may lead to increased caloric excretion. On the flip side, fermentation in the colon may produce short-chain fatty acids. Roughly 40% of dietary fibre may be metabolized in this way. One study demonstrated that a low fiber diet resulted in 8% higher caloric absorption. In short, fibre may decrease food intake, slow down absorption in the stomach and small intestine, then exit quickly through the large intestines. All of these effects are potentially beneficial in the treatment of obesity.
Fibre intake has fallen considerably over the centuries. Fibre intake in Paleolithic diets is estimated to be 77-120 grams per day. Traditional diets are estimated to have 50g/day of dietary fibre. By contrast, modern American diets contain as little as 15 g/day. Indeed, even the US Dietary Guidelines only recommends 25-30 g/day. Removal of dietary fibre is a key component of the processing of foods. Improving the texture, taste and consumption of foods directly benefits the profits of food companies.
Fibre came to public attention in the 1970s.  Physicians doing missionary work with native populations mostly in Africa noted a consistent pattern of disease. The Diseases of Civilization, including heart disease, obesity, diabetes, stroke, and cancer were rare amongst natives that followed a traditional diet and lifestyle.  By contrast, in urban areas where native lifestyles became westernized, these diseases slowly appeared.
Some researchers believed that these diseases were caused by the increased consumption of refined carbohydrates – particularly sugar and white flour.  These could be stored at room temperature without fear of spoiling. This was a significant advantage when traveling without refrigeration.  Flour and sugar could be carried in great quantity over great distances.  Through the 1960s and 1970s, debate raged back and forth.  The pendulum finally swung in favor of lowering dietary fat, which necessitated an increase in carbohydrate consumption.  Since most of the carbohydrates in the Western diet are refined, the goal of reducing fat was incompatible with lowering refined carbohydrates.

Thus, the carbohydrate hypothesis quickly fell into disfavor.  But how to explain the Diseases of Civilization?  Perhaps, it was not the carbohydrate but the lack of fibre that was the problem.  Being compatible with the dietary fat hypothesis, this explanation quickly became accepted. Traditional unrefined foods that included carbohydrates tended to be very high in fibre. A missionary surgeon named Denis Burkitt became one of the leading proponents of the dietary fibre hypothesis.  By 1977 the new Dietary Guidelines made the recommendation to “Eat foods with adequate starch and fiber”.  With that, fibre was enshrined in the pantheon of conventional nutritional wisdom.  Fibre was good for you.  You should eat more fibre. But it was difficult to show exactly how it was good for you.
At first, it was believed that high fibre intake reduced colon cancer. The subsequent studies proved to be a bitter disappointment. The prospective Nurse’s Health Study followed 88,757 women over 16 years finding no significant benefit. A randomized study of high fibre intake failed to demonstrate any reduction in precancerous lesions called adenomas. The Nurses Health Study and found no benefit to cancer risk with high fibre. The huge Women’s Health Initiative study increased whole grains, fruits and vegetables, but failed to find a benefit for colon cancer, either.
If fibre wasn’t helpful in cancer, perhaps fibre might be beneficial in heart disease.  The Diet and Re-infarction Trial (DART) study randomized 2033 men after their first heart attack to three different diets.  To their astonishment, the American Heart Association low fat diet did not seem to reduce risk at all.  The Mediterranean diet (a high fat diet) on the other hand, was beneficial.  Dr. Ancel Keys had suspected this years ago from the Seven Countries Study. Recent trials such as the PREDIMED confirm the benefits of eating more natural fats such as nuts and olive oil.  So eating more fat is beneficial.  What about a high fibre diet?  No benefit.  Not only that, but increasing fibre may actually have increased the risk of dying!
But it was difficult to shake the feeling that somehow, fibre was good. Most correlation studies show lower BMI with higher fiber intake. This has also been found to be true in native Pima populations and native Canadians as well. More recently, the 10-year observational CARDIA study found that those eating the most fiber were least likely to gain weight. Short-term studies show that fibre increases satiety, reduces hunger, and decreases caloric intake. Randomized trials of fibre supplements show relatively modest weight loss effects with a mean weight loss is 1.3 – 1.9 kg (2.9 – 4.2 pounds) over a period of up to 12 months. Longer-term studies are not available.
Next Article: Fibre Reduces Insulin – How to Lose Weight X
Start here with How to Lose Weight I