How much protein is excessive?

As we discussed last week, excessive protein is turned into glucose and then to fat. But how much protein is excessive? That’s the real question that stirs up all kinds of controversy. The Recommended Daily Allowance for an adult is 0.8 g/kg per day. How did we get that number? Let’s start at the beginning.
First, I am only dealing with the steady state here. If you are trying to build muscle (body building) then you would need more protein. If you are pregnant or breast feeding or a child still growing, then protein requirements are higher because you are trying to add protein to your body. This discussion only deals with adults at a relatively stable state.
Proteins are made up of building blocks called amino acids, of which there are about 20 common ones. While we talk about protein requirements, really the body needs amino acids. This makes up about 16% of the weight of protein, so that if you eat 56 grams of steak, you do not get 56 grams of protein, but really require about 6 times more by weight (approximately).
Proteins are being degraded and resynthesized continuously. Old proteins get broken down, and the amino acids are reabsorbed to be built into new proteins. The amount of turnover is several times larger than the amount of amino acids eaten daily. However, some amino acids do get lost in the process, so we require a certain amount of protein intake. This is lost predominantly in the stool and the urine. Sweat, hair, nails etc make up a miniscule proportion of the lost amino acids.
Amino acids cannot be stored for long term energy. Any protein eaten in excess needs to be converted to glucose or fat for storage. Nine amino acids are called ‘essential’ amino acids because our body cannot synthesize them – histidine, isoleucine, leucine, lysine, methionine, phenylalanin, threonine, tryptophan, and valine. We must get these from our diet or we will get malnourished. There are also essential fatty acids such as the omega 3 and 6. There are no essential carbohydrates. No, we do not ‘need’ to eat 130 grams of glucose daily for our brain. It’s a complete lie. Fasting for 1 day does not cause our brain to become ‘starved of glucose’ as we become blubbering idiots and lose control of bowel and bladder. I would vote that widely circulated ‘fact’ as ‘most idiotic statement’. I have done this 24-hr fast many times, and have not yet found it necessary to clean poo and pee afterwards.

What happens if we get too little protein? This can occur in isolation, or it can occur as part of a general lack of food. If there is general starvation (no food at all), then there is not only protein deficiency, but also carbohydrate and fat deficiency, too. Obviously, people become skeletally thin, with no body fat, and loss of muscle. This is called marasmus.
But there is also a situation where people get sufficient calories, but very little protein. This typically occurs in third world countries where people have some form of food, but almost no protein. People are usually subsisting on refined carbohydrates alone, which come from food shipments donated by First World countries. These refined carbs (sugar, flour, rice, corn) provide calories at a fraction of the cost of protein, and do not require refrigeration during the long trip. So, in the 1970s and early 1980s, protein deficiency was rampant – called kwashiorkor. You see swollen feet, loss of muscles in the arms and legs, hair loss, and a big swollen fatty liver (due to excess carbs).
So, for all the teeth gnashing I heard about we must eat lots of protein, remember that we are nowhere close to protein deficiency since kwashiorkor is virtually non-existent in the developed nations. It exists primarily in war-torn nations who get food aid.

How much protein is enough?

This would depend upon how much is lost from the body daily. This varies depending upon intake. More protein intake means more turnover of protein and more losses. Less intake means less turnover. So there is quite a variation. It is also energy-dependent. That is, if you are trying to achieve negative energy balance (lose weight) then you need LESS protein. Why? Because there is all sorts of protein loss associated with fat loss. There is less skin, connective tissue, capillaries, blood, dermis etc associated with weight loss – all of which needs to be catabolized (burned up and not replaced). Think about those bariatric surgery shows on TLC where surgeons remove 20-30 pounds of excess skin after weight loss. Yes, that’s all protein that should have been catabolized. As an aside, in my clinic where we do a lot of intermittent fasting, I have not yet sent a single patient to the plastic surgeon for removal of excess skin, even though weight loss sometime is over 100 pounds. 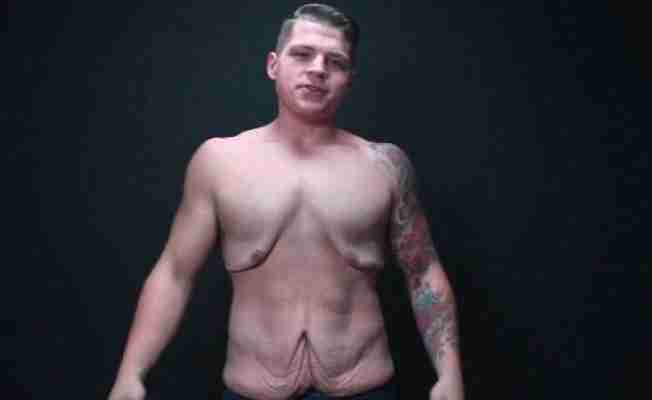 Back to the normal daily amount. In 1985, the WHO reviewed studies of daily obligatory losses of nitrogen, and found that an average is 0.61 g/kg/day (total). Presumable, the diet should replace (roughly) this 0.61 g/kg/day being lost. Remember, this average is for normal healthy people, not people losing muscle or otherwise sick.
So the international group recommended that normal healthy people should get roughly 0.6g/kg/day. In order to make sure everybody was covered, the WHO added 25% (2 standard deviations) above the mean to get 0.75 g/kg/day which sometimes gets rounded up to 0.8 g/kg/day. In other words, 97.5% of the healthy general population loses less than this 0.75 g/kg/day of amino acids. This is not a low standard. This is a very, very high standard of protein intake.
For a standard 70-kg male this is 52.5 g/day. Remember this is for absolutely healthy adults, not gaining or losing weight and the amount needed to cover the average amino acid losses are only 42 g/day (0.6g/kg/day). Remember, that if you want to lose weight, you should be eating less protein so that you can break some down. For reference, the USDA in 1985 determined that in the US, 14-18% of calories were protein and the average consumption is 90-110g/day (male) and 70g/day (female). So the average male is eating twice the recommended amount, which is already super high. Day after day. Week after week. Year after year.

Hard to say. There is some suggestion that high animal protein intake may cause osteoporosis. Many of these proteins are acidic, which require neutralization in the body. This acid is buffered in the bones and then eventually the acid is excreted as phosphoric acid. Because bone consists of Calcium bound to phosphorus, there is extra calcium which gets excreted in the urine. This leads to higher urinary calcium losses and potentially osteoporosis.
Also, there is concern that long term high protein intake may cause scarring in the kidneys, although this is not proven.
So, how much protein should you take? The average necessary would be 0.6 g/kg/day (around 50 g/day) and LESS if you are trying to lose weight. However, I have seen recommendations that vary widely. Some suggest 120 g/day. Drs. Phinney and Volek recommend 1.5 – 2 g/kg/day. Yowzers. That’s super high. Do I worry about protein deficiency? No. When I start seeing a North American outbreak of kwashiorkor, I’ll be worried. Until then, the average intake is still 2-3 times what is physiologically necessary.
Dr. Phinney, in his LowCarb Vail talk suggests that fasting will cause loss of 1/4 pound of muscle per day, every day. So, I do 2 to 4 24-hr fasts per week. That’s about 1 pound of muscle loss per week or 50 pounds per year. So, in about 3 years, my body composition should be 100% fat. Funny how that didn’t happen. Actually, my body composition is about the same as it was 3 years ago. My strength is about the same.
They make the arguement that protein suppresses appetite. That may be true. What I am talking about here is what protein is necessary. I am not denying that some people do better with higher protein. But I suspect there are also many people who do worse. Another argument often heard is that protein builds muscles. Hmm. Eating protein without exercise builds muscle? Right. Dream on. If that were true, we would not have an obesity epidemic, but a muscle epidemic. I don’t see that on the front page of Time magazine. “Will America ever be able to get rid of its excess muscle?”
Dr. Ron Rosedale, in fact, suggests going even lower. In a fascinating LowCarb Vail talk (available on YouTube, and highly recommended), he said “Your health, and likely your lifespan, will be determined by the proportion of fat versus sugar you burn in your lifetime”. Remember that excess protein (see last weeks post) falls into the ‘burning sugar’ side of the equation. He also said in that talk, to a group of Low Carb aficionados that “today, it is perhaps more important to restrict protein than to restrict carbohydates“. Strong words, indeed. I tend to agree.