The Medieval Crusades were a series of holy wars sanctioned by the Latin Church. It seems incongruous today, but the Catholic religion was used as justification to bring war, death and destruction to thousands of innocent people. The last time I checked, the Bible did not exactly espouse the use of brute force to subjugate other peoples. I don’t recall any passage in there that says “We will save the heathens even if we need to kill them to do it.” 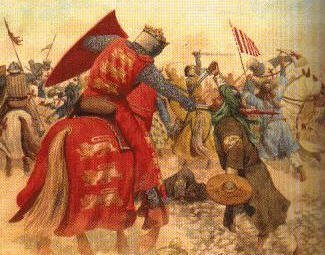 I’m reminded of this same incongruity every time I read about some person in the media trying to ‘debunk’ some procedure or other. The most recent article in the Toronto Star celebrates how people like Tim Caulfield help the public by debunking celebrity culture. They perceive themselves to be ‘myth busters’, but in reality, they are selling the same pseudo-science they pretend they are ‘debunking’. Mythbusters was a long running show on television which would take a myth or saying or internet video and then proceed to perform extensive scientific testing to determine whether this myth was busted or confirmed. They would often spend weeks and thousands of dollars performing as rigorous experiments as needed. Most of the people online pretending to be ‘myth busters’ are just people who scream for attention and don’t perform any real science. They are simply trying to yell louder than the person they are trying to debunk.
Let’s take the well publicized example of the jade egg sold by Goop, a wellness site promoted by celebrity Gwyenth Paltrow. It sells a jade egg that may be inserted into the vagina for increased sexual energy for $66. There has been considerable controversy about this pseudoscience and many have taken up the role of ‘mythbuster’. So let’s see what real science looks like.
First, is there any evidence that the jade egg works? No. This is an unsubstantiated claim – a claim made without any evidence to back it up. Second, and this is just as important, is there any evidence that the jade egg does NOT work? No.  This, too is an unsubstantiated claim. This is not pseudo-science. There is no science at all. Science says that there is no evidence for and none against, so it’s simply unknown. But the ‘debunkers’ claim that the jade egg does NOT work and further may be dangerous. Therefore, these debunkers are engaging in the same unsubstantiated claim slinging as Goop. It is this complete hypocrisy that annoys me. Let me be clear. Do I think the jade egg works? No. But I don’t actually know, so I do not claim it either works or does not work.

What is needed to actually, scientifically debunk this claim? You need to gather a group of, say 100 women, and have half use a jade egg, and the other half use, say, a stone egg of the same weight. You would not let the women or the researcher know which egg they are using and then measure their sexual energy at some later date. If there is no difference, then, and only then, can you claim to have successfully debunked the jade egg. Did Tim Caulfield do any of these rigorous studies? Did Tim Caulfield carefully monitor a group of women who purchased the egg over several years and ask them if their sexual energy increased? Did Tim Caulfield perform a survey of jade egg users and compare them to a control group of women matched for age and see if there is any difference in sexual energy? Hardly. These studies actually take time and money. Tim Caulfield has done nothing of the kind. He values his own opinion as scientific and other’s opinion as just bunk, which allows him to denigrate others who are making some claim he disagrees with. He is doing exactly the same thing as Goop. Making unsubstantiated claims. That’s hypocrisy. I have nothing against Tim Caulfield, who I’m sure is a nice guy, I just hate intellectual hypocrisy.
So, is the jade egg harmful? The debunkers claim that it is potentially harmful and could harbor bacteria. Has there ever been a case in the last 200 years of the worldwide medical literature describing a case report of severe infection from a jade egg? No. Zero. There’s been lots of case reports of this happening for tampons, for example, but not for jade eggs. So, debunkers ignore the need for scientific evidence and instead engage in fear mongering using unsubstantiated claims once again, all the while, believing themselves to be champions of science. That’s hypocrisy.
Since there is no evidence either for or against the jade egg, then this question now falls to the clinician, the person who treats people. Here, the main question is not ‘Does this really work’ but instead it is ‘How’s that working for you?’. Remember that there is a powerful placebo effect. If I rub moisturizer on my son’s stomach for his tummy ache (which I do all the time), it will work in 30-50% of cases. The same is probably true for the jade egg. So, what is the risk: benefit ratio? The best thing that will happen is that it works as advertised (30-50% of cases). The worst thing is that you will waste $66 dollars. That’s actually not a bad tradeoff.
Compare this to the use of angioplasty for stable heart disease. These stents to open up heart arteries have been used for many decades to prevent heart attacks in patients with closed arteries. It’s an invasive procedure that has real risk of bleeding, infection and perforation/ death. It also was insanely expensive for both the equipment and doctors fees. Recently, several studies have conclusively shown that these procedures for stable patients is completely useless with the first studies being done in the 2007. So, here is a procedure that has scientifically been debunked. We’ve wasted billions of dollars and caused untold side effects over the last 10 years that doctors have continued to perform this largely useless procedure. Where were the debunkers? Wouldn’t this be better to debunk instead of largely harmless jade eggs? 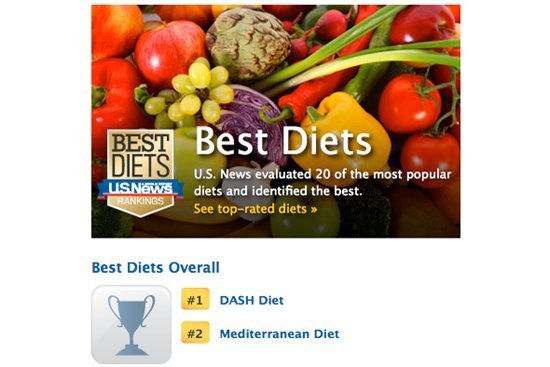 Recently the US News came out with its annual ranking of ‘best diets’ from the ‘experts’. The highest ranked diet (DASH) is the same one you would expect to see in any mainstream publication, and not very different from the diets recommended by most physicians and dieticians. Cut your calories. Cut your salt. Moderation. Yadda yadda yadda. How’s that working out for us? Exactly. The words ‘obesity crisis’ comes to mind. Diets are constantly derided as ‘fad’ diets without any evidence whatsoever. Intermittent fasting, for example, is now derided as ‘dangerous’and potentially causing diabetes. Yes, eating nothing, which rests the pancreas (an organ involved in digestion) will damage it. I also cause wear and tear on my car as it sits in the garage. Right. Fasting – literally the oldest dietary intervention known to mankind is a dangerous 2000 year old  ‘fad’ promoted by ‘shills’ like Hippocrates (father of modern medicine), Benjamin Franklin, Buddha, Jesus Christ and the prophet Mohammed. Right.
What is usually lost in these sorts of rankings, though is the absolute, #1, most important question you must ask yourself for any diet. “How’s that working for you?” I’m not talking about some quest for ‘personalized medicine’ or ‘Eat the diet that is best for you’ nonsense. These sort of cop-out answers are not helpful because if we don’t know the best diet overall, how are you going to know the best diet for you? Similarly, personalized medicine is mostly just pie-in-the-sky fantasy rather akin to developing colonies on Mars. It’s great to sell product, but not great if you are counting on it to keep you healthy. For example, do we personalize the need for aspirin after a heart attack? Do we personalize the need for blood pressure control based on your own genetic makeup? Do we personalize your ideal body weight based on your family history? No, no and no.
Indeed, the entire field of evidence based medicine contradicts this personalized approach. Randomized trials, the gold standard of medical evidence is based necessarily on large groups of people, and are distinctly NOT personal. 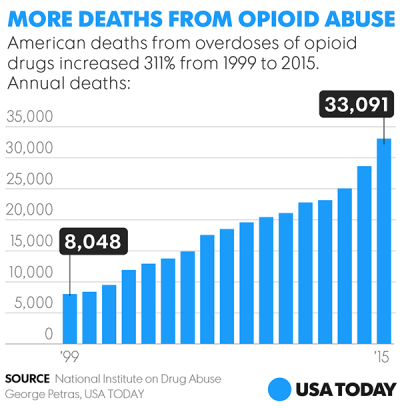 The other thing that fascinates me is why so many people routinely use alternative medicine. Most of homeopathy, naturopathy etc. has little evidence to back up its claims. This does not mean it doesn’t work, it simply means that we do not know if it works or not. But clearly, the general public feels that this is equal to the ‘science’ of conventional medicine, of which I was trained for many years. Why?
Let’s consider three examples. 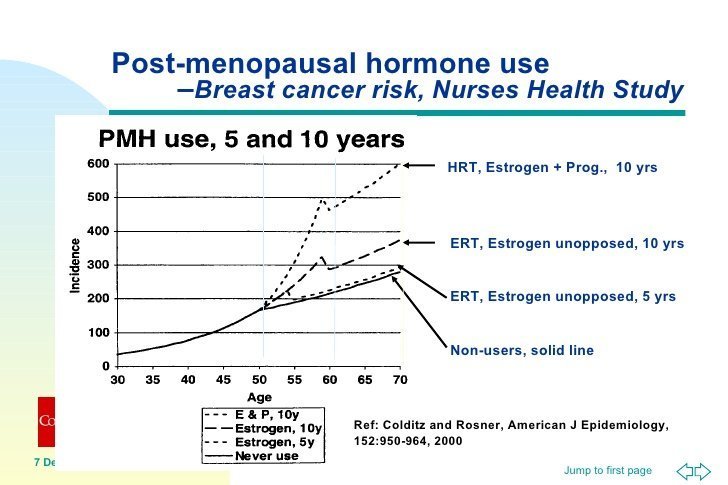 All three are examples that I recall vividly because I was taught in medical school about the benefits of all 3 of these widely accepted therapies that turned out to be extremely harmful to health. My mother was given hormone replacement therapy, which significantly increased her risk of breast cancer and heart disease. Where were the ‘debunkers’ when it comes to conventional medical advice? They are certainly loud enough when trying to prevent you buying a jade egg, but are nowhere to be heard when trying to actually save you from proven harm from the medical profession.
This is what I consider the greatest hypocrisy. The ‘debunkers’ pretend they are doing this to protect consumers from wasting their money on useless treatments. But what about the millions of dollars that are funnelled into paying doctors? Not a peep. What about the complete corruption of academic medicine? What about the fact that the doctors writing guidelines are taking hundreds of thousands of dollars from the drug companies? Not a peep. The reason people turn to alternative medicine is that they have a (correct) suspicion that doctors are simply pushing the ‘establishment rules’ and trying to sling mud on everybody else. We need to spend more time ‘debunking’ harmful stuff we currently do, like the disastrous dietary advice of counting calories, eating 6 times a day, never skip a meal, avoid intermittent fasting, always eat breakfast even if it is a highly processed sugar-laden cereal bar etc. and less time worrying about some largely harmless jade eggs. Doctors need to earn back the public’s trust.