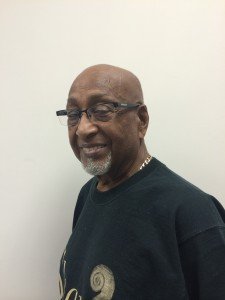 Desmond has been a patient of Dr. Fung’s since 2006 after it was discovered he had renal cell carcinoma (kidney cancer) of the right kidney, and had to have the entire kidney removed following his triple bypass surgery in 2005. 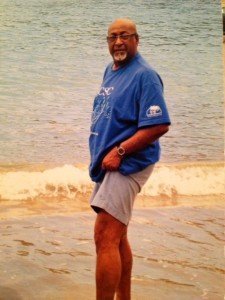 Desmond before joining the IDM Program

Like many patients Desmond exhibited many of the symptoms of metabolic syndrome. He had low HDL cholesterol. His waist size had been steadily increasing over the years.   He was also diagnosed with Type 2 Diabetes in 1998. He was immediately prescribed insulin following his diabetes diagnosis. His physician did not believe that diet or oral medications would work, and started him on 14 units of insulin a day. Since then his diabetes had begun to affect the function of his one remaining kidney, and he developed diabetic nephropathy.

While Desmond was on insulin he experienced two rather severe incidents of hypoglycemia. The first time he was hospitalized in Toronto. The second time he was on a family vacation in the United States. Both times he was told he had become hypoglycaemic because he had not eaten enough carbohydrates – foods that raise his blood sugar levels. 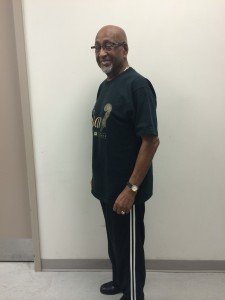 Desmond joined the IDM program on June 26th, 2013. At the time he was taking 24 units of insulin every day and his HbA1c was 8.2%. He was able to stop taking insulin on August 21st, 2013 and switch to a very low dose of mild oral medication for diabetes, which he only has to take on his eating days.

Today Desmond is doing very well. His HbA1c is down to 6.5% off of his insulin. He has lost 20 pounds and 7 inches around his waist. Unlike most patients with chronic kidney disease, Desmond’s condition has managed to stay stable rather than deteriorate.

The following is an interview we did with Desmond this week about his experience with the program.

IDM Program: What was your initial reaction when we asked you to fast for a period of 24 hours every other day of the week?

I was a little scared, but when I started it was okay. I realized it was natural. I didn’t suffer in any way. I wasn’t feeling hungry. I just accepted it. This is the way things were going to be for me from now on.   I’m very glad I did.   It wasn’t difficult once I accepted it.

IDM Program: How has your appetite changed since starting the program?

It hasn’t changed that much really. I was never the type of person who would eat a lot. I would have breakfast and dinner, and just little things throughout the day.   I wasn’t a really big eater before. I didn’t have a large appetite, so it hasn’t changed. The problem was the foods I did eat even though I didn’t eat very much. I didn’t eat these foods in moderation, which caused me all of these problems. I would have something like rice for instance every day, and sometimes more than once a day.

IDM Program: We have put you on a rather controversial diet, which is high in natural fats and very low in carbohydrates. This is the opposite of what most weight loss and diabetic programs ask their patients to do. How has this diet change affected your weight and blood sugar levels?

My weight has changed. Sometimes my wife gets on my case about it because she doesn’t want me to lose too much weight, but I haven’t. In pants I used to wear a 38” and now I wear a 34”. My arms and legs have always been thin, but my stomach was rather large. I would have to wear a large or sometime an extra large because of my stomach, but now I’m a small or a medium depending on the fit. I could never wear tapered clothes, but now I can. The only problem is I have to go buy all new clothes now.

IDM Program: Did the fasting have any negative impact on your energy levels?

My energy for me is okay. It hasn’t decreased my energy. I have the same energy I always have.

IDM Program: How have the changes we have asked you to make in terms of your fasting and diet impacted your overall lifestyle?

I accept things as they are. This is my health. I look at things and I’m 80 years old. I never thought I would get there, but I did. I would like to live the best quality of life I can while I am still here. All I really did was stop eating a lot of carbohydrates, which I can do with out. It’s not a problem. That’s it. It isn’t very difficult. The things you tell me to eat I have developed a taste for and have begun to like. As a result I get to live a long and relatively healthy life without any suffering. For me it is worth it.

IDM Program: You have traveled a few times since starting the program. Have you found it difficult to get back on the program once you return home?

No, not at all. I continue to follow the program most of the time while I’m away. It’s really easy you know. My wife can’t believe. I was just in Trinidad for two weeks a couple of months ago. I had the things I normally eat here, but just ate them over there. That’s it. I’m eating a lot of natural foods and you can find natural foods everywhere, and I really enjoy what I eat.   I put my own spin to things and it keeps the foods interesting. One of my favourite things is when Dr. Fung said I could eat chicken skin if it wasn’t breaded. I used to buy the chicken drumsticks and would take off all of the skin, but the skin is good you see. I season it and bake it.   I really like that.

IDM Program: Have you had any other difficulties while on the program?

No, I haven’t. I’m being honest with you. I really haven’t. I enjoy the program. It’s not hard really. I only miss breakfast and lunch every other day. It’s not very hard.

IDM Program: What piece of advice would you like to tell patients who are just starting the program, who are nervous about the fasting?

It’s all in the mind. If you really want to gain something, you’ve got to follow the program. You will get accustom to it. It is easy. Most importantly it is for your own health. That is what I said to myself.   You have to want to do it. It’s all mind over matter.

We would like to offer a special thank you to Desmond for all of his support, encouragement and dedication.  Desmond has had tremendous success being on the IDM program as a direct result to his continued dedication towards achieving a healthier lifestyle.  We are very happy to have him  as part of our IDM family.
Click here to hear more about Desmond’s story