We are pleased to introduce a new monthly feature to the IDM program where we will profile one of our patients.  This month we profile Richard and his wife Janette, on their experiences following the program.
Many of you might know Richard and Janette.  Richard often comes and meets new patients to the program to offer them words of encouragement.  His continued dedication to the program and his unwavering efforts to inspire his fellow peers have made him an extremely valuable member of our IDM team.  He is often heard telling patients “The next time I see you I hope to see less of you” because he truly believes if he could reverse his diabetes so can anyone.  Both Richard and Janette were kind enough to speak at our first IDM Town Hall meeting in November 2013.
Richard was referred to the IDM program in the Spring of 2013 when he was 63 years old and had been diabetic 11 years.  He was prescribed insulin immediately following his diabetes diagnosis. 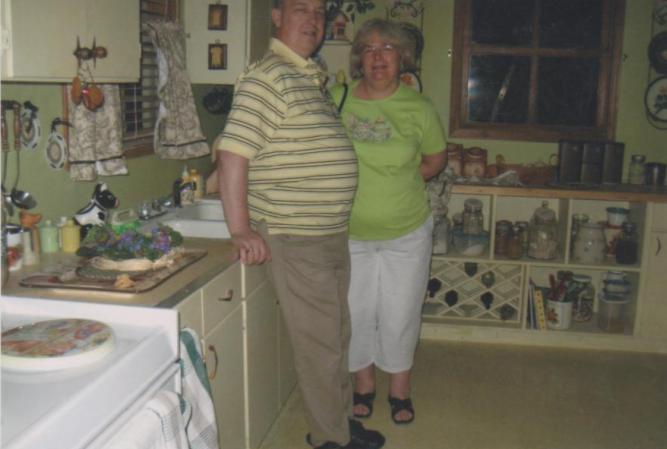 At the time of Richard’s consultation on June 7th he was 56 units of insulin a day, as well as a slew of blood pressure and cholesterol medications.  He weighed 254 lbs and his waist was 131 cm.  His HbA1c was 6.5% on his insulin and his kidneys were function at roughly 39%.  His diet, we discovered, mostly consisted of tomato soup and grilled cheese sandwiches.  He was not a fan of vegetables and fruits.

Today Richard is doing incredibly well.  He was able to come off of all of his insulin by July 7th, 2013, only 5 weeks after starting the program.  By the following December he was off of all of his other medications.  He has lost a total of 74 lbs and his waist size is down 33 cm.  His HbA1c is now stable at 6.5% without any diabetic medications, and his kidneys are functioning at 86%.   He still loves his tomato soup and grilled cheese sandwiches, but he has begun using unprocessed and unrefined carbohydrates to prepare his favourite meals.  He also cannot live without his spinach salads – something he never thought he would say in his lifetime!
Richard’s wife, Janette, is an honorary patient of the IDM program, who is seen by her own family physician for follow-up.  She has often come with Richard to his appointments and attended group meetings.  Janette is not diabetic but she decided to follow the program along with Richard to offer him support and encouragement.  Today Janette is 50 lbs skinner and more mobile than she has been in years!
The following is an interview we did with Richard and Janette last week about their experience with the IDM program. 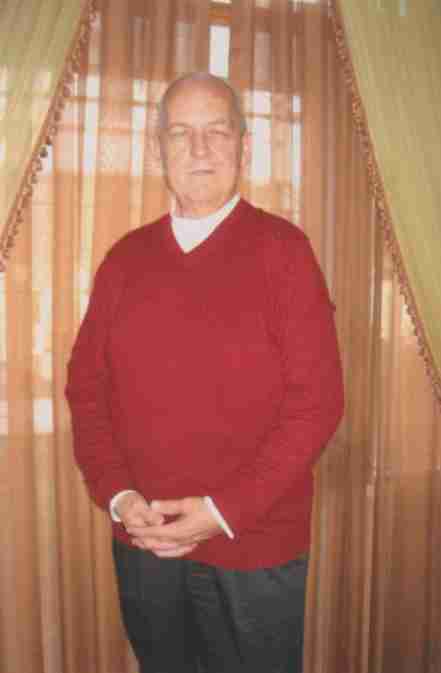 IDM: Richard, can you please give us a brief overview of your history with diabetes?

Richard: I was diagnosed with type 2 diabetes after being admitted to the hospital about 11 years ago now.  The doctors there put me on insulin immediately.  I have suffered from multiple foot ulcers, some eye sight problems and nerve problems the doctors say are due to my diabetes.
In May 2012 I collapsed and rushed to the ER.  The doctors said I went into a diabetic coma because my blood sugar levels had dropped too low.  That day I had taken my insulin like I was supposed to, but I had not eaten enough.   I was taking medication that almost killed me because I simply had not eaten enough that day.  I woke-up in the hospital.  I did not know what had happened or how I got there.  Afterwards learning I could have died because I took too much insulin, even though it was the prescribed dosage recommended by my doctor.  It was a just terrifying ordeal.
My kidney doctor said to me “How would you like to get rid of your diabetes?”  I could not even respond.  I just looked at him.  What did he mean I could get rid of my diabetes?  From everything I knew and was told, I would have diabetes for life.  It was supposed to be a chronic illness.  Not something that could go away. My doctor continued, “One of my colleagues has started a new program.  It is a bit of an alternative treatment for diabetes, but he has had some good results so far.”  I said, “Okay,” and the two weeks later I was back in the office to meet with Dr. Fung.
IDM:  What were your thoughts on the IDM program?
Richard: To be honest I thought the fasting was a little extreme at the very beginning.  The whole idea of fasting is just the opposite of what we are told to do.  It was terrifying.  I just thought, “No way!” could diabetes be cured.  Especially since I ended up in the hospital just the year before because I had not eaten enough.  However, at the same time it was the insulin that put me in the hospital back then.  Dr. Fung said by doing this I would be able to come off of my insulin.  I never collapsed from not eating before I was ever on insulin.  He also said he and Megan would see me weekly to make sure I my blood sugar levels were okay.  I decided to keep an open mind and just give it a try.  What did I have to lose?
IDM:  Did you find the program difficult at first?
Richard: At first it was scary because you are not eating some days.  I would cheat once in a while by not often because as time went on I got used to it, and it was wonderful.  It is a big change at first, but it was not very difficult.  I just had to find ways to keep me busy on my fasting days to take my mind off of eating.  My energy levels were low for the first few weeks, but then all of a sudden it is like a switch goes off inside of your body.  You have all of this energy and you start to feel really, really great.  I started to feel fantastic.  I started to have more energy on the days I was fasting than I did on the days I ate food.  Now fasting is just a breeze!  It has become so easy, and I feel so healthy!
IDM: How has your increased energy level impacted your day-to-day life?
Richard: Oh it has been incredible!  I have so much energy.  It is hard to put into words, but I just feel so healthy.  I was a big coach potato before.  Even when I took Janette to the store I would stay in the car because I would not want to walk around.  I never did any exercise. Once I adjusted I was not tired, and I felt great.  Now I do 2 or 3 hours of exercise each day.  I never could have done that before.  I usually spend an hour or two on a stationary bike.  I have some 5 lbs weights at home I use while I am sitting down to help build up some strength.  I even did my spring cleaning back in December!  I just feel fantastic.  I feel 15 years younger.  I look younger.  It has been incredible.  I sleep better and night, and you are just happier.  Janette can tell you a little bit more about that.
IDM: How has this program changed your life?
Richard: I have been given my life back.  I am able to do things I did not think I would be able to ever do.  I just feel fantastic.  We are going to do some traveling.  I think it is just incredible I was able to come off of my insulin in just one month.   I have had to buy all new clothes.  I am a new and improved me.  This June will be my one year anniversary on the program, and I plan on switching from fasting every other day to a maintenance schedule.  My blood sugar levels are always between 5 and 6, and I never have to worry about them going too low anymore.
IDM: What words of encouragement would you pass long to your fellow IDM peers or prospective patients?
Richard: Keep an open mind.  Know that if I can do it, you can do it.  It is really very easy to follow, and you will never feel better!

IDM: Janette, how has following the IDM program impacted your life and overall health?
Janette: I was a bit heavier myself and decided to try it just for weight-loss, and to support Richard.  I think having someone to do it with makes a big difference.  The only drawback of the program is now I can shop in all of my favourite stores. It is driving my husband crazy, because I keep coming home with bags of new clothes.
I can honestly say the fasting is not difficult.  It is not hard, and you feel a lot better and you are a lot happier.  I have been taken off of almost all of my medications.  I am still on one of them, but I will be off of it soon.  It has been incredible.
Richard: I cannot keep up with her now!  She went from being stuck in a bed, to a wheelchair, to a walker, and then to a cane.  Now you cannot keep up with this girl!
We would like to offer a special thank you to Richard and Janette for all of their support, encouragement and dedication.  Both of them have had tremendous success being on the IDM program, but it was due to their continued effort and dedication towards achieving a healthier lifestyle.  We are very happy to have them as part of our IDM family and wish them both continued success on their journey.