No matter how often I write about this, I always get questions/ accusations that I’m lying that fasting actually causes muscle loss, usually from people who never fast. But the evidence is just not there. Terry Crews, former NFL star recently discussed how intermittent fasting keeps him in shape.

When Hugh Jackman needed to bulk up for the role of Wolverine, he turned to intermittent fasting. A reader, record powerlifter Keith Harmon had figured this out himself many years ago. He turned 70 years old, but this guy looks and lifts like he’s 30 years younger. He looks amazing, His secret weapon? Fasting. He wrote to me recently and he said:
Congratulations on exposing my well kept secret inadvertently. Intermittent Fasting was the key to me becoming the Worlds Strongest Man at age at 70 and now the secret is out.
Here, after almost 48 years of Gym life, I stumbled onto your teaching on Intermittent Fasting by pure accident a month ago. When I read about what you were teaching I was in total astonishment. You confirmed medically what I have been practicing since I turned 40 years old.

Yes, as a Christian I have fasted all my life, but when I turned 40 I discovered a hidden secret to fasting that changed my life forever and put me on the road to becoming the World’s Strongest man. That was the secret of the relationship between fasting and weight lifting that reversed and stopped the aging process that now gave me a youthful look. No one can deny my records, and no one can deny the secret to my youthful looks. Not a wrinkle on my body. It has to do with fasting, not because of creams, pills or surgery.
Let me set the record straight. I never set out to become the Worlds Strongest man. I believed in my motto: A Proud person talks about all he has DONE, A Foolish person talks about all he will DO, and a WISE MAN does it, and says NOTHING. This is the first time I ever shared my secret because no one would have believed me until I read your material and you confirmed what I have been doing.
I came from the Arnold Schwarzenegger Era of the 70’s called the Golden Era of bodybuilding and power lifting. I have been with and trained with many famous athletes and came out of one of the most famous gyms in the history of the sport called Quads Gym in Chicago. In the mid 70’s I came to the cross-roads – steroids and the life of fame as my friends were doing, or to go NATURAL. I chose natural because my reasons for training were HEALTH reasons. This was a marathon race, not a sprint, and I will catch the juicers at the other end of the race.
At forty I had a major crisis in my life after losing a Furniture Empire. My high flying, limousine riding lifestyle in Florida came to end in 1985, so I decided to go into a serious life of fasting to clean me out mentally, socially, spiritually and physically. Then the “revelation of all revelations” hit me. I was fasting 3 days and one day off for several years while training hard and getting stronger. People that I hadn’t seen in a few years started telling me that I was looking younger than ever.
I developed my own system of training that was exploding all the myths I had heard. I was actually getting younger and stronger as I got older. At age 40 than 50 than 60 when I started setting the world records knowing by then the “roid” guys would not be competing in power lifting. Many had already died before they got to the finish line. My feats of strength would rival at the age of 68 anybody in the NFL, benching 375 lbs Raw, at a body weight of 194. Doing the NFL combine test, I did 225 lbs. for 25 reps. In South Carolina, I did 365 lbs for 3 reps at Breakthrough Fitness.

I looked like a NFL player, not a retired 68 year old man talking about the good old days of the Golden Era. Why? Because of Intermittent fasting as Dr. Fung told you.
Not only does fasting not “burn muscle,” to the contrary it “builds muscle,” Why? Because it resets the body and shocks it out of stalemate or negative cycles. It’s like when you overload the system with appliances and have to hit the reset button to activate the power again. It is a safety device or mechanism for your own protection. Bodybuilders and power lifters overload the system all the time with carbs and high protein and this is a good way to reset the button and take it out of overload mode. In fact, it rejuvenates the entire circuit board. Your system can act just needs to be flushed out to remove unwanted junk.. 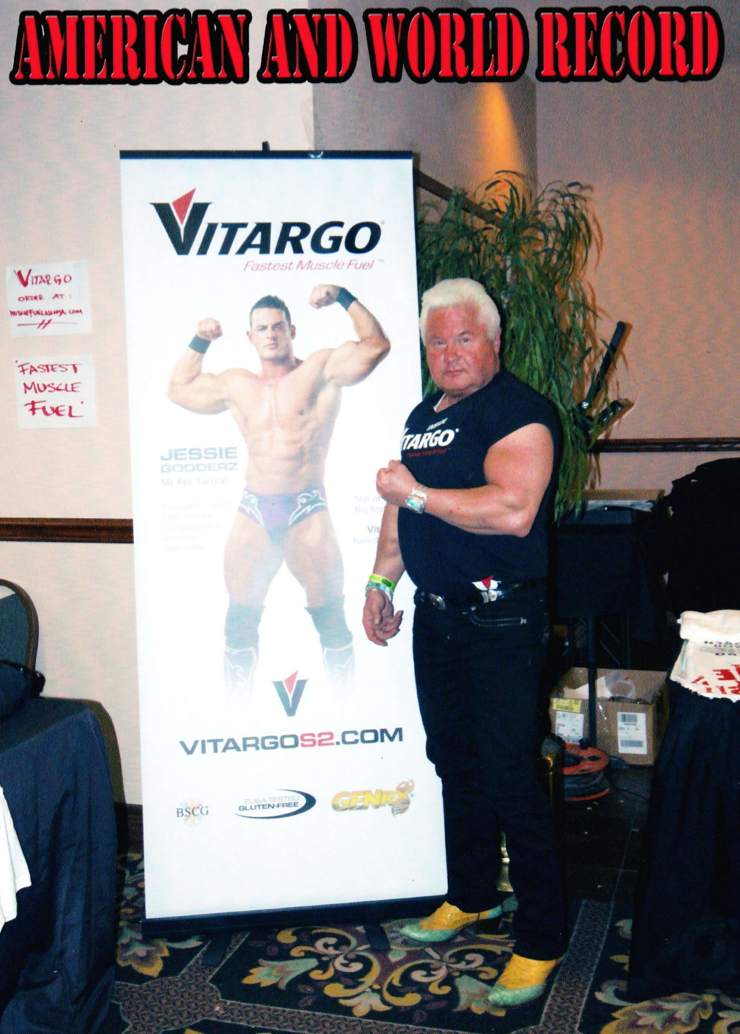 So, contrary to what so-called experts will tell you, fasting does not burn muscle. When you fast you are not burning muscle because you don’t “store muscle”. You “store fat” and that is what burns while fasting, not muscle. Fasting flushes out toxins and impurities that “prevent” muscle growth, it does not “deter” muscle growth as some so-called guru will tell you. Fasting resets the INSULIN button that controls hormonal levels. It was my secret system of “HOW to train and fast” that stopped the clock of getting weaker and looking older. You want proof of my staying power at 70, ask my 29 year old wife. She just started training so she could keep “UP” with me. I fast every Sunday, so get out of my way on Monday. I’m RESET and my button is on GO!!!
Sooooo GO TO DR. JASON FUNG ON INTERMITTENT FASTING. He is the gemologist of the weight loss field that is exposing all the fake stones in circulation. This is not one of those fake adds that peddle fake stones that are Cubic Zirconium’s. He is the REAL DEAL, a true DIAMOND in a FAKE AND PLASTIC WORLD of impostors.
Thank you again for being the Dr. of Truth and exploding so many myths that the weight loss Doctors tremble over. You will save the life of many people and provide HOPE to desperate people looking for truthful answers in a crisis situation. Wisdom is the right application of knowledge and you hit the bulls-eye and split the arrow.
Keith J. Harmon
Dr. Jason Fung: Amazing work, Keith! Keith has been fasting intermittently for 30 years and setting world records for weight lifting along the way. While many doctors and PhDs who never fast hysterically warn about burning muscle, Keith figured out long ago that our body would not be so stupid as to store body fat, and then burn muscle when the time came. This behaviour is classic ‘Lecturing birds how to fly’. So, choose carefully who you listen to, because Keith puts his money where his mouth is.