I received hundreds of emails after I posted a brief update about myself and how I have been following a ketogenic diet in addition to intermittent fasting for the majority of this year a few weeks ago.  Our patients and readers wanted to know about what I was doing.  I decided to blog about this today because I have committed to a six month ketogenic challenge with 30 patients and my husband starting today.  This means I plan to remain in ketosis for 100% of the time between now and February 1st, 2017!

Why am I doing this?

I have spent the majority of the last two years sleeping on a plane between Toronto and San Francisco.  My husband’s work brought him to Silicon Valley, California.  Every few weeks I would head down to visit him.    It was like a mini vacation each time I would vist.  In the past, I always let myself eat whatever I wanted on a vacation.  That worked out well when I only took two weeks of vacation a year in a condensed period of time, not every three weeks for months on end.  We would eat terribly, but I kept telling myself that this was OK because I was on vacation, right?  At first I didn’t think it was too bad.  Originally, we weren’t supposed to be living in two separate countries for that long, but life has a way of altering its course without your permission.
My monthly carb binging over the last two years has nearly killed me.  We would pig out every time we were together, and I would fly home.  I would then suffer from what many of you refer to as a ‘carb hangover’ for the next week.  A carb hangover is literally the worst kind of hangover a person can have because it lingers for days.  I started getting migraines for the first time in my life.  I would retain close to 10 pounds of water each weekend I was away and feel miserable and bloated.  All of the carbs raised my cortisol levels, which certainly didn’t help because my cortisol levels were already high with the jet lag.
For one week every month I was a write-off.  I would have to literally detox from carbohydrates all over again.  I would get shaky all of the time and the cravings would be so intense I felt like a crazy woman.  I would often cave here and there the first week I got home to help cope, which exactly the opposite of what I tell my patients to do when they have cravings.  I started having mood swings and anxiety all of a sudden, which wasn’t me at all.  I wasn’t coping at work anymore either.  I was drowning.  I would give my patients my all and then come home and have to go to bed.  I had no energy for anything.
Eventually I was tired of feeling like crap, and I knew I needed to change because my life was falling apart.  Before I had a husband in San Francisco and I was ‘vacationing’ all of the time, I was doing just fine on a low carbohydrate diet.  I felt incredible.  I had reversed my borderline diabetes, fatty liver disease, polycystic ovarian syndrome and lost 60 pounds.   I was never behind in any of my work.  Most importantly, I felt like a stable human being.   I needed to feel that way again.  Also, I have developed a wealth of knowledge after treating hundreds of patients in our IDM Clinic.  With the great success of The Obesity Code, I now have the ability to reach out and share everything I’ve learned with all of our new followers.
When following a ketogenic diet, at least 70% of your calories come from fat, 20% from protein and less than 10% from unrefined carbohydrates.  This is a very high fat-moderate protein-low carbohydrate diet, which is ultimately ideal for weight loss.  Also, people following ketogenic diets usually don’t take in more than 20 to 25 total grams of carbohydrates a day, whereas people following a regular low carbohydrate diet take between 30 to 50 total grams of carbohydrates each day.   I selected a ketogenic diet because it can be very challenging at times to keep your carbohydrates so low.  I am the kind of person who loves a good challenge, so I knew my desire to succeed would help keep me on track.  Also, there are so many incredible benefits to following a ketogenic diet such as prevention and treatment of metabolic syndrome, Alzheimer’s disease, Parkinson’s and cancer. 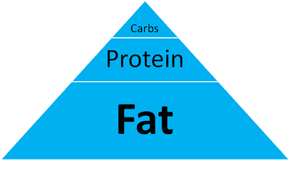 I have been quite successful at maintaining a ketogenic diet since March.  There have only been a few occasions this year that have thrown me of course, but I would say I have been in ketosis for at least 90% of the time.  Fortunately, my husband is my biggest supporter and has joined me on this journey.  Even though we have thousands of kilometres between us at times, I still feel comforted knowing we’re doing this together.
I decided to do this six month ketogenic challenge because I have had so many patients that have started over the last year come in and give me every excuse in the book about how busy life is and all of the holidays, and they have literally done nothing over the last year to better themselves.  It is beyond frustrating for two main reasons.  First, we are capable of helping these people in a way not many others can.  We can literally give them their lives back or prevent them from developing metabolic syndrome in general.  Second, they sound just like me always making excuses for myself and my diet.  How can I expect them to take me seriously if I am not 100% practicing what I teach?
My next six months I have: four weddings across North America, a relatively minor surgical procedure, four long weekends, two Thanksgivings (Canadian in October and American in November), a two-week long vacation in December, Christmas time and holiday parties galore, a very delayed honeymoon, and I’m moving (suburbs of Toronto to Toronto so I can be closer to work).   If I want my patients to learn better habits, then I better lead by example.  The upcoming six months are pretty busy social months for me, and I want to show our patients that it is possible.   I want them to see how good I look and feel and that it is possible and worthwhile to still enjoy life and follow a healthy diet at the same time.
Over the next month I am going to blog each week about ketogenic diets to explain what it is, how to achieve and measure it, go in depth on all of the possible benefits from following a ketogenic diet, and talk about how fat fasting can help you get started.  Hopefully I will provide you with enough information and encouragement to join in with me starting on September 1st!  I will post monthly updates on my own progress as well.