I am sometimes asked about my journey and how I became so interested (obsessed?) about nutrition and dietary treatments. It’s kind of a funny thing. I barely had more than a passing interest in nutrition until the mid 2000s. At the time, the Atkins diet was in full swing. It was everywhere. Some family members had tried it and were ecstatic. However, like most conventionally trained physicians, I believed their arteries would eventually pay the price. 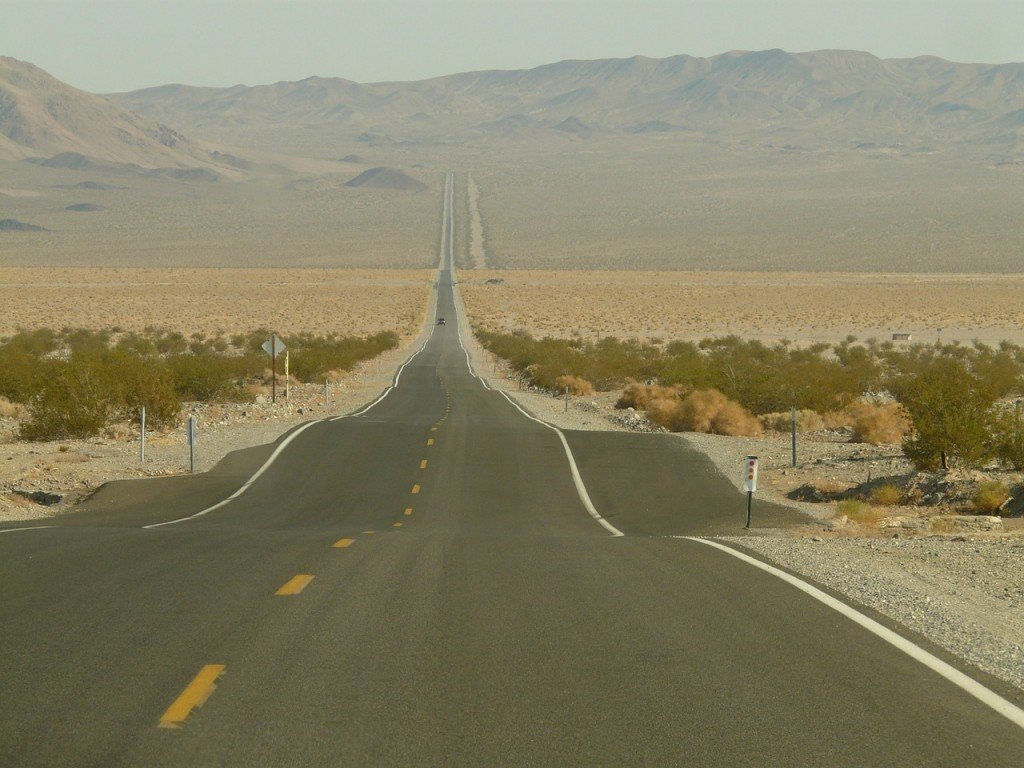 So my interest in nutrition began to grow around the mid 2000s when several interesting publications started to appear in the most prestigious medical journal in the world – the New England Journal of Medicine. These papers were randomized controlled trials of the Atkins styled diet versus the standard low-fat diet that I, along with thousands of other physicians, believed to be the ‘best’.
These studies all had the same conclusion. The Low Carb diet was significantly better at weight loss than the Low Fat diet. Even more stunning was that all the important parameters (cholesterol, blood sugars, blood pressure etc.) for heart disease were also much improved on the Low Carb diet. This was a puzzle, a real conundrum. This is how my journey began.

I grew up in Toronto, Ontario, Canada. I went to the University of Toronto at age 17 to begin studies in Biochemistry. By 23, I completed medical school at the U of T, and began my Internal Medicine residency there.
Finishing my specialty of Internal Medicine, I chose Nephrology (kidney disease) as my sub-specialty. Each field of internal medicine draws its own personalities. Nephrologists had the reputation of being a ‘thinkers’ specialty. There are a lot of intricacies of fluid and electrolytes, and I enjoyed these puzzles. I studied Nephrology at the University of California, Los Angeles mostly at Cedars-Sinai Hospital and the VA Wadsworth. Looking back, I realize that it must have been a little disconcerting to patients in the hospital to be treated by a doctor who looked about 18 years old. 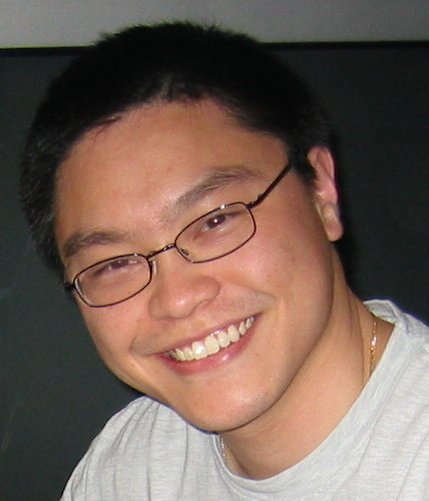 I returned to Toronto in 2001 to start my career in Nephrology, where I still have both an office and hospital practice. Type 2 diabetes is by far and away the leading cause of kidney disease, and I treat many hundreds of patients with this disease. Many also have obesity. By the early 2010s my interest in nutrition, combined with my professional focus on obesity and T2D had led me directly to the diabesity puzzle.

The studies in the literature proved that the Low Carb approach was a viable one. But this didn’t make any sense to me since I was still steeped in the Calories In, Calories Out (CICO) approach of conventional medicine. But yet, many studies confirmed the superiority of the Low Carb diet. Something was wrong.
One possibility is that the studies were wrong. This is unlikely, given that many studies all showed the same result. Furthermore, it confirmed the clinical experience of thousands of patients, who were all reporting weight loss on the Atkins diet.
So, logically, if the studies were correct, then the CICO approach had to be wrong. Much as I tried to deny it, there was no saving the CICO hypothesis. It was dead wrong. I could now see things from an entirely different vantage point. If the CICO hypothesis was wrong, then what was right? This led me a book that turned the lightbulb in my head to ‘on’. That was Gary Taubes’ 2007 best selling book ‘Good Calories, Bad Calories’. It was revolutionary. There’s no other way to describe it. 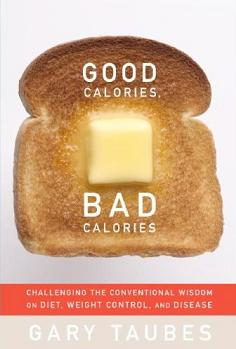 Dr. Atkin’s books were never much about science. They were written for easy consumption and did not go much into the science of obesity and weight gain. I hate most diet books. Most simply say ‘This is my diet and it works’. There is no explanation of why it works. There is no consideration for the scientific studies. Superficial. Purely superficial, mostly taking the ‘Eat this, not that’ approach. Then, because they need to fill the book, half of it is usually a cookbook.
Good Calories, Bad Calories was a completely different beast. First, thank God, there was no cookbook attached to it. Instead, it was page after page of extensively researched material. But clearly, a lot of time was devoted to putting all this research together into a tightly cohesive thesis. Finally, here was a start to puzzling out the underlying cause of obesity. Here, at long last, was some serious attempt to understand the aetiology of obesity.
Aetiology is a medical term that means ‘the underlying cause’. What is the underlying cause of obesity? We spend almost no time thinking about this problem. Why? Because we think we already know the answer. We think the answer is that Excessive Calories causes obesity. Therefore, if too many calories is the problem, then the answer is Caloric Reduction. But there’s an obvious problem. Caloric Reduction has been done to death. And it doesn’t work. No matter why it didn’t work, the bottom line is that we’ve all done it, and it doesn’t work.
The underlying cause of obesity turns out to be a hormonal, not a caloric imbalance. The hormone at the center of the debate was insulin. If excessive insulin was causing obesity, then clearly the answer lay in reducing insulin.

But here was yet another inconsistency. If reducing insulin was effective in reducing obesity, why were doctors like me prescribing insulin as a cure-all treatment for both type 1 and type 2 diabetes. Insulin is, in fact, quite an effective way to lower blood sugars, which we all thought was beneficial. In fact, several large scale trials from 2008 had already proven that reducing blood sugars in T2D was virtually useless. But why?
In considering this problem, it took me quite some time, but I finally realized that the answer was really quite simple. We were treating the wrong thing. T2D is a disease of too much insulin resistance (IR), which causes high blood glucose (BG). Yet we were not treating the disease (high IR), but instead, treating the symptom (high BG). That’s why the treatment was useless. The underlying IR was being untreated. So the T2D was getting worse. 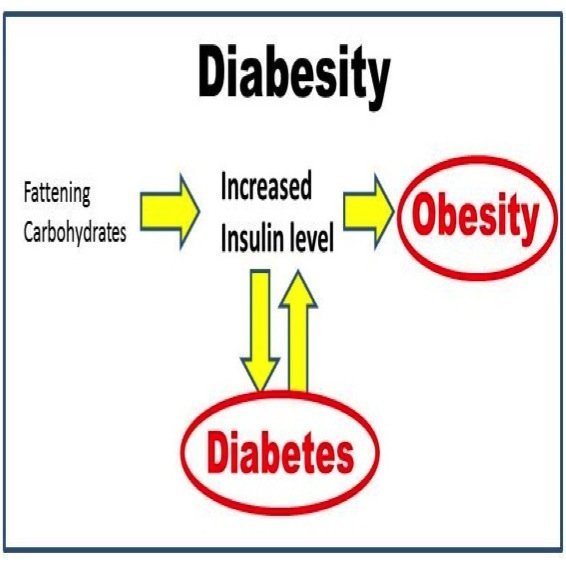 But what caused the high IR in the first place? This was the real question. What is the aetiology? After all, we didn’t stand a chance of treating the underlying disease if we didn’t know what caused it. I still remember lying in bed one day when I realized what the answer was. Insulin caused insulin resistance. If that was true, then insulin causes obesity and insulin causes T2D. The cure for both was clear – reduce insulin!
Instead, we were prescribing insulin to patients. Instinctively, most patients knew what we were doing was wrong. They would say to me “Doctor, you have always told me that weight loss was critical in the treatment of T2D, yet you have prescribed me insulin which has made me gain weight. How is that good?” I never had a good answer for this. Now I knew why. It was not good.
Patients knew, though. They would take insulin, and gain weight. As they did, their T2D got worse and they needed more insulin. As they did, they gained more weight. As they gained more weight, they needed more insulin. It was a vicious cycle. And the patients were on the wrong end of it.
Then came the inescapable, horrifying conclusion. We, as doctors, had been treating T2D exactly wrong. And that is why I have started this journey. Because with the proper treatment, T2D is a curable disease. T2D is a disease of too much insulin, just as obesity results from too much insulin. The treatment is to lower insulin, not raise it. We weren’t just not treating T2D, we were making it worse.
So far, I have been discussing the aetiology of obesity in these posts. Now, we will start to tackle the disaster of the type 2 diabetes epidemic and how to reverse it. This should get me into even more trouble….
See the lecture “The Two Big Lies of Type 2 Diabetes”