Of Traitors and Truths – The Epiphenomenon of Obesity VI

I was reading Dr. Eenfeldt interesting recent post on www.dietdoctor.com, about a clip of the great crusader Dr. Aseem Malhotra showed at the recent LCHF summit in Cape Town and was reminded of one of the great truths of our time.  You cannot be betrayed by those whom you do not trust.  While we often blame Big Food for obesity, we never really trusted them, so cannot really be betrayed.
But, we have been betrayed.  By whom?  The story is even worse then you suspect….
Big Food wants to make more money. That’s no secret.  They created an entirely new category of food, called “snack food,” and promoted it relentlessly. They advertised on TV, print, radio and Internet. 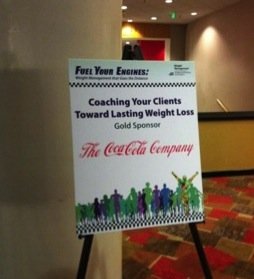 But there was an even more insidious form of advertising called sponsorship and research. Big Food sponsors large organizations such as the Academy of Nutrition and Dietetics. Coca Cola General Mills, Kellogg Company and Pepsi are found among its “Premier” sponsors. At its annual meeting, a sponsor could hold a “nutritional symposia.” In 2014, for example, the Coca Cola Company would teach dieticians about Coaching Your Clients Toward Lasting Weight Loss.” The $50,000 Gold Sponsorship allowed the company to spread the message that sugar is not harmful to children. Thanks, Coca Cola.
Michele Simon, in her scathing report “And Now a Word from our Sponsors” uncovers how corporate giants like Coca Cola and McDonalds ‘educates’ health professionals. 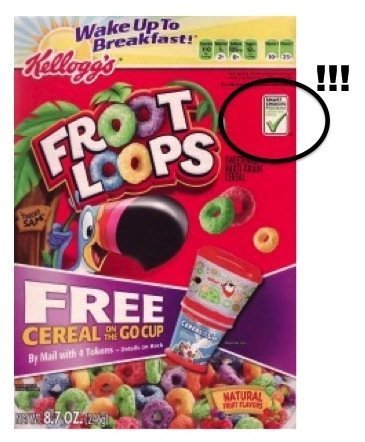 And don’t forget the medical associations. In 1988, the American Heart Association decided that it would be a good idea to start accepting cash to put its Heart Check symbol on foods of otherwise dubious nutritional quality. The Center for Science in the Public Interest estimates that in 2002, the AHA received over $2 million from this program alone. Food companies paid $7,500 for one to nine products, but there was a volume discount for more than twenty-five products! Exclusive deals were, of course, more expensive. In 2009, such nutritional standouts as Cocoa Puffs and Frosted Mini-Wheats were still on the Heart Check list. The 2013 Dallas Heart Walk organized by the AHA featured Frito-Lay as a prominent sponsor. The Heart and Stroke Foundation in Canada was no better. A bottle of grape juice proudly bearing the Health Check contained ten teaspoons of sugar. The fact that these food were pure sugar seemed not to bother anybody. 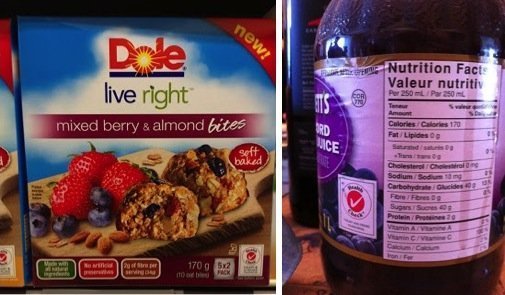 The researchers and academic physicians were not to be ignored either. These were key opinion leaders in the medical community. In 2013, Dr. Allison wrote a prominent article in the prestigious New England Journal of Medicine entitled “Myths, Presumptions and Facts about Obesity”. Among his list of ‘facts’ of obesity, he writes, “Diets (i.e., reduced energy intake) very effectively reduce weight, but trying to go on a diet or recommending that someone go on a diet generally does not work well in the long-term”. Funny. How can a diet be effective, but generally not work? Isn’t that the very definition of ineffective? Also, Dr. Allison is declaring plainly that doctors should not even recommend diets. Forget about eating a whole, unrefined natural foods diet. Forget about reducing added sugars and refined starches like white bread.
Instead, his recommended treatments for obesity included meal replacement bars/ shakes, drugs and surgery. That’s certainly odd. Obesity is a dietary disease and requires a dietary cure. Instead, he favors meal replacements? These are amongst the last things that I would ever consider recommending.
Consider the ingredient list of a popular meal replacement shake “Ensure Plus”. This is the sort of ‘food’ that Dr. Allison feels is highly beneficial to you. It also happens to be a highly profitable item. The first five ingredients are: Water, Corn Maltodextrin, Sugar, Milk Protein Concentrate, Canola Oil. This nauseating blend of water, sugar and canola oil does not really meet my definition of healthy. Why would Dr. Allison strenuously recommend this garbage? Things become a little clearer when you read the financial disclosures. Dr. Allison reports receiving payment for:

He was clearly not going to bite the hand that fed him. That he should be allowed to write in such an influential journal is criminal. But this is far from an isolated case.
Dr. Sievenpiper, in a 2012 Annals of Internal Medicine paper wrote a spirited defense of fructose. He passionately argued that there was nothing wrong with fructose. The good name of fructose was unfairly being slandered. Reviewing all the available literature, he acknowledged that the vast majority of the data were poor. However, this did not stop him from boldly concluding that, “Fructose does not seem to cause weight gain when it is substituted for other carbohydrates in diets providing similar calories.”
This was odd. In nutrition science, virtually the only universally agreed-upon fact is that excessive fructose intake is very bad. Yet here was this doctor arguing the exact opposite. Things become much clearer after reading the financial disclosures.

Dr. Sievenpiper was receiving money from, among others, Coca Cola, Archer Daniels Midland (a huge corn grower) and the Calorie Control Council – a food industry association. The Coca Cola Company was funneling rivers of cash, not only to the doctor, but also to his greedy institution, St. Michaels Hospital in Toronto. The doctor, the hospital and the university were all on the take. Providing unbiased, helpful dietary advice is obviously not the top priority here. The common sense approach of reducing added sugars for weight loss needed to be discredited. The Coca Cola Company knew just the doctors to do it.
Funding sources have enormous implications on study results. In a ­­­ study that looked specifically at soft drinks, Dr. Ludwig found that accepting funds from companies increased the likelihood of a favorable result by approximately 700 percent! This finding is echoed in the work of Marion Nestle, professor of nutrition at New York University. In 2001, she had found it “difficult to find studies that did not come to conclusions favoring the sponsor’s commercial interest.”
The fox was now guarding the hen house. A shill for Big Food had been allowed to infiltrate the hallowed halls of medicine. Influential doctors had scientifically prostituted themselves to the highest bidder. Push fructose? No problem. Push obesity drugs? No problem. Push artificial meal replacement shakes? No problem. While doctors enjoyed their blood money, patients suffered the indignities of obesity and diabetes. Meanwhile, honest physicians read these highly circulated and respected journals. Trusting the “experts” within their pages, they would naively pass on these lies to their own patients.  While doctors, hospitals and
research institutions counted their cash, patients went on dialysis, went blind and had their feet chopped off from diabetes complications. 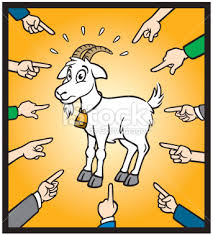 But the obesity epidemic couldn’t very well be ignored, and a culprit had to be found. “Calories” was the perfect scapegoat. Eat fewer calories, they said. But eat more of everything else. There is no company that sells “calories.” There is no brand called “Calories.” There is no food called “Calories.” Nameless and faceless, it was the ideal stooge. “Calories” could now take all the blame. They say that 100 calories of cola is just as likely as 100 calories of broccoli to make you fat. A calorie is a calorie. Don’t you know? But show me a single person that grew fat by eating too much steamed broccoli. I know it. You know it.
I am not angry at Big Food.  Their job is to sell food.  I am not angry at Fast Food.  Their job is to sell food.  No, they cannot betray us because we never trusted them.  We knew their motives and made the appropriate adjustment.
Who betrayed us?  Who sold us down the river?  None other than our own medical associations, our own doctors.  We have seen the enemy, and it is ourselves.  We trusted these medical associations to have our best interests at heart.  They repaid us with the ultimate betrayal.  For shame.  For shame.
In the same way, Big Tobacco could never really betray us about the effects of smoking because we never trusted them.  But the doctors who supported Big Tobacco – they were the ultimate traitors to our profession.  We fight this battle again with the sugar pushers and the drug pushers.
See the lecture “Big Pharma’s Lies”