Patient Profile – Reyn "Back from the Grave"

Recently, a reader wrote in about her husband, Reyn. She writes:
My husband, Reyn was diagnosed with heart failure in January 2015 and admitted to the cardiac high care unit for 12 days at a weight of 177kg.
He was discharged from hospital with an oxygen tank, an ejection fraction of 26, a weight of 172kg, of which about 20kg was ascites fluid.

A physician that specializes in diabetes treated my husband for diabetes type 2 for about 15 years. He injected 60U Levemir in 2 divided doses per day, together with Novo-Norm 1mg 3x/day, Glucophage, as well as periodically injecting Victoza, with the promise that he would lose weight. This was not true; every year he gained more weight.
I attended the Low-Carbohydrate High-Fat Health Summit in Cape Town co-hosted by Tim Noakes and Karin Thompson in February 2015. The event featured about 15 internationally acclaimed doctors, scientists, researchers, obesity and diabetes specialists. Dr. Jason Fung delivered a most insightful and brilliant lecture about the novel management of type 2 diabetes with special focus of dietary management.
After the convention I listened to Dr. Fung’s lectures on the Internet and read all his blogs, which are most comprehensive and informative for people with diabetes type 2 and overweight problems.
My husband then made the most unanticipated dietary change a heart patient could make by embarking on a low carbohydrate and high fat ketogenic style diet, eating full fat foods, no fruit, no sugar and no grains. Our diet consists of about 75% fats, 15-20% protein and about 4% of calories from carbohydrates. The first thing I did when I arrived home from the Summit was to throw away all condiments that contained carbohydrates.
We learned more from Dr. Fung’s blogs; the body set weight, lowering insulin levels by fasting, fat as energy source in stead of carbohydrates, not only what you eat but also when you eat, eating fat to lose fat, cutting out all sugars and most important; Insulin is a fat storing hormone. This is the scientific fact, and not a religion; it is not what you believe to be true.
Most of my friends, academics and the medical establishment still believe in a normal diet, normal portions, eating ample carbohydrates, low fat, a low calorie diet and exercise (whatever that may mean), disregarding the science which is very comprehensively explained by Dr. Jason Fung. They demonize the LCHF diet, mainly because of the high fat content and/or the nutritional ketosis effect that is supposedly ‘dangerous’. In a step-by step process my husband stopped taking insulin completely.
The cardiologist and internist that treated him for heart failure ridiculed us because just two months later in April 2015 he did not want new prescriptions for statins and insulin; they told us that Dr. Google was going to make them rich.
While my husband was injecting insulin I had to rush home at noon to make lunch to prevent low blood sugar, in the mean time he was carrying more than 350,000 fat calories, which he could not access because he was a sugar burner. About everything we did in the past in our nutritional lifestyle, eating patterns and medical treatment of obesity and diabetes type 2-increased insulin levels.
The recommendations from our dietician with a doctorate degree in blood sugar management, was to have 3 snacks per day between meals, even saying that if he “could divide his meals in minute by minute intake” it would be the best way to stabilize blood sugar (ok, blood letting was practiced for 2000 years, up to the 1940s). Low calorie low fat diets were the go to diets we were familiar with for the last 40 years, it was the most common advice given to lose weight and to be “healthy”. These diets have hundreds of different names but the plan is usually a hunger diet. It always resulted in gaining more than he lost after a few weeks or months.
I could never understand why my husband who was such a meticulous and very mindful person, successful in most projects he embarked on, could not keep the weight off. I could not understand how he would go without food for lengthy periods during the day but then binge an hour or two after a full low fat high carb dinner. I could also not understand how his food intake could make him weigh more than 160kgs at times, while I would sometimes/mostly eat not very much less than him and maintain a BMI of 20. 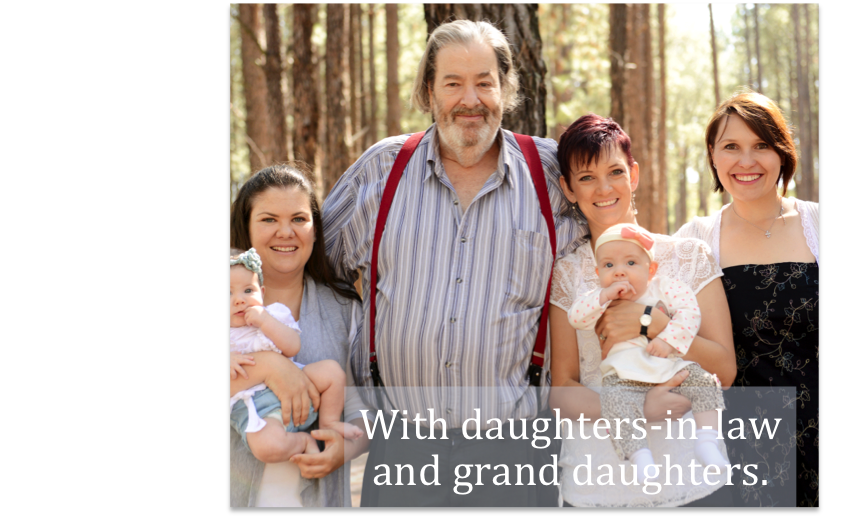 And did he try his absolute best numerous times to lose weight, at times combining the low calorie low fat diet with the most unbelievable strenuous exercise programs. But, constant hunger does not allow you to maintain a low calorie, low fat diet and to lose weight. The outcome would always be the same, lose weight to gain it all back again, and more.
The hope, the effort, stick ability, really trying, with a zero success rate!
After a year of changing his diet he weighs 53kg less, his ejection fraction is 54, his HbA1C 5.9%, from 9,1% in February 2015, his total cholesterol is 5mmol/l, blood pressure 115/72 without blood pressure medicine, he swims for 30 minutes 5x/week. He is not easily irritated and do not have any mood swings. The teeth he has left grew fast, his toenails grew back and he has total neuropathy foot pain relief!
He loses weight while on holiday, during the festive season, over weekends, all the time, sometimes plateauing and sometimes losing the centimeters before your eyes. All without hunger on the most sustainable diet ever.
We do not snack between meals; periodically we do short fasting sessions of 16 hours and well as longer fasting sessions.
We have 2 meals a day which includes all meats with fat, real butter, full-fat cheese, healthy oils, nuts, seeds, up to 20 eggs or more per week, loads of vegetables: covered in different full fat and reduction sauces and herbs and spices from around the world.
The hunger is gone.
We have been lied to for too long!!
Dr. Jason Fung: Indeed, we’ve been lied to long enough. Congratulations of your great results. The saddest part to me is always the fact that patients get better despite of, not because of their doctors. That is extraordinarily tragic.