If PCOS was just about acne and missing a few periods, then it would not be so bad. Unfortunately, PCOS is associated with many health concerns, reproductive as well as general. Reproductive issues include:

Other significant health concerns include:

PCOS should not be addressed lightly. These are some of the deadliest conditions in the world, including the top 2 causes of death in America, cardiovascular disease (CVD) and cancer. PCOS is not merely a nuisance, it is an important warning of risk.
The overall economic burden of PCOS is shocking. When considering the cost over a woman’s entire reproductive years, the tally comes to $4.37 billion dollars. This is comparable to the entire Gross Domestic Product of Barbados and 3 times the cost of treating hepatitis C. Much of this cost comes from treatment of the related condition of type 2 diabetes (40.4%).
Even more sobering, this number is likely a severe underestimate of the true costs, taking into account only the reproductive years and not future problems that may arise from type 2 diabetes, heart attacks, strokes, and cancer. These downstream events typically happen in women’s post-menopausal years and are many multiples more expensive.
Reproductive Concerns
Anovulatory Cycles
Most women with PCOS suffer from infrequent or absent menstrual periods, mostly caused by anovulatory cycles (ovulation is missed).  PCOS accounts for 80% of cases of anovulation leading to infertility.
Infertility
If you do not ovulate, you can’t conceive. Women with PCOS usually have difficulty conceiving rather than being completely infertile. However, the possibility that you may be unable to conceive a child can cause severe anxiety. Celebrity chef Jamie Oliver and his wife Jooles struggled with PCOS but they now have FIVE children, and though they’ve gone through a few fertility rounds, and even one round of IVF, at least 2 of their children were conceived spontaneously! 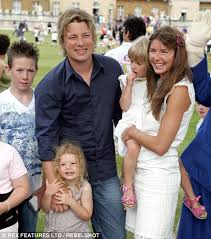 Anovulatory cycles account for approximately 30% of visits to an infertility clinic, of which most are due to PCOS. The Australian Longitudinal Study on Women’s Health, a community based survey of young women, found that a heartbreaking 72% of women with PCOS considered themselves infertile, compared to only 15% without PCOS. The use of fertility hormones in the PCOS group was almost double that of the non-PCOS group. The 5.8% of women identified as having PCOS constituted a whopping 40% of those seeking fertility treatments. Obviously, PCOS contributes heavily to overall use of costly fertility treatment.
The financial costs of infertility are depressing. Costs range from the relatively inexpensive hormonal treatments (approximately $50 per treatment cycle) to the very expensive in vitro fertilization. In 2005, the estimated cost round of treatment in the United States can be upwards of  $6000 – $10,000. With millions of women suffering from PCOS, the total cost for infertility treatment alone in the United States is $533 million.
Medications such as clomiphene have been relatively successful at inducing ovulation. However, these treatments may represent a double-edged sword as they often have serious side effects – physical, psychological, and monetary. While clomiphene may help women get pregnant, the problems don’t stop there.
Disorders of Pregnancy
Pregnancy loss can be absolutely devastating especially if it was difficult to conceive in the first place. Spontaneous abortions occur in an estimated 1/3 of women with PCOS. Studies suggest that PCOS is associated with up to twice the rate of miscarriage.
Rates of all pregnancy related complications are increased. Gestational diabetes, pregnancy-induced hypertension, pre-eclampsia risks are approximately tripled. Risk of pre-term birth is increased by an estimated 75% when compared to normal women or those who have overcome PCOS. Women with PCOS are more likely to deliver by Caesarian section, which itself comes with complications.
Fertility treatments may double the risk of multiple pregnancies, with all their attendant complications. Twin births for example have up to 10 times the risk of small for gestational age and a 6-fold risk of premature delivery.
Fetal concerns
Mothers with PCOS are not the only ones negatively affected. There is a higher risk of small for gestational age babies, as well as large for gestational age. The latter is commonly seen in diabetic mothers, and likely caused by the increased nutrient availability due to hyperinsulinemia. Both are associated with metabolic complications later in life (type 2 diabetes, obesity and hypertension), admissions to the NICU (neonatal intensive care unit), stillbirths and perinatal mortality. Hyperinsulinemia in utero may possibly affect the child’s intellectual and psychomotor development as well.
Associated Health Conditions
Cardiovascular Disease
Due to the overlap with metabolic syndrome, women with PCOS may be at risk of cardiovascular disease, with some studies estimating a 7-fold increased risk. Large epidemiologic studies like the Nurses’ Health Study, with 82,439 women, found a correlation between irregular menses (as a proxy for possible PCOS) and increased risk of heart disease over 14 years of follow up. However, other studies showed no risk . A 2010 consensus statement estimated the increased risk at 70-95%.
Much of the increased CV risk is likely because of an increase in risk factors, predominantly type 2 diabetes and obesity. Insulin resistance develops in 40% of women with PCOS and this tends to get worse with age. In addition, high triglycerides and low HDL is more prevalent.
Since cardiovascular disease is already the leading cause of death in older women, this is especially concerning. PCOS is most likely a marker of increased risk of CVD, and associated conditions such as metabolic syndrome contribute to most of this risk.
Non-Alcoholic Fatty Liver (NAFLD)
Non-Alcoholic Fatty Liver Disease (NAFLD)is defined as ectopic fat accumulation in the liver of patients who consume minimal alcohol. It is the commonest form of liver disease in the world, affecting an estimated 30% of the general population. For many years, one of the leading causes of liver failure (cirrhosis) was termed ‘cryptogenic’ (from unknown cause). Now, we know that cryptogenic cirrhosis was largely due to undiagnosed fatty liver disease. Patients with NAFLD have an estimated 2.6 times the risk of death compared to the general population, and it is intimately linked to type 2 diabetes and metabolic syndrome.

The connection between NAFLD and PCOS has only emerged since 2005. A 24-year-old woman diagnosed with PCOS but otherwise healthy was investigated because bloodwork had shown evidence of liver damage. A long needle was inserted into her liver and a biopsy was taken. Under the microscope, to everybody’s surprise, the pathology showed severe fatty infiltration. This first case linking PCOS and NAFLD was reported in the medical literature.
Since then, many other studies have confirmed the tight correlation between the two diseases. PCOS women have a 2.5-fold increased prevalence of NAFLD when compared to women without PCOS. Approximately 30% of women with PCOS have evidence of liver damage by blood tests. In women of reproductive age being investigated for NAFLD, 71% also had PCOS. Both conditions are highly associated with metabolic syndrome, one being the hepatic manifestation and the other the ovarian.
One of the reasons that NAFLD is often underdiagnosed is that there are largely no symptoms of the disease. It is really only through blood tests that the condition is discovered. Thus, it is important to screen for this condition.
Sleep Apnea
Obstructive sleep apnea (OSA) is a condition where the upper airway collapses during sleep. Patients cannot breathe for an instant, leading to transient awakening, usually not remembered. Regular sleep patterns are disrupted and sleep architecture is fragmented. The main symptoms of this disease include snoring and excessive daytime sleepiness. OSA, like NAFLD, is highly linked to metabolic syndrome and obesity.
The rate of OSA in women with PCOS was an astounding 5-30 fold higher compared to women without PCOS.

Abnormal male pattern hair growth, acne, obesity and menstrual irregularities destroy self-esteem, especially during adolescence. There is an increased prevalence of depression, anxiety and other psychological abnormalities in the younger population with PCOS. Infertility may lead to feelings of inadequacy leading to depression. The chronic illnesses associated with PCOS (Type 2 diabetes, cardiovascular disease and cancer) may also cause depression. Weight loss and lifestyle changes may improve the symptoms of PCOS as well as the psychologic parameters of depression and anxiety. 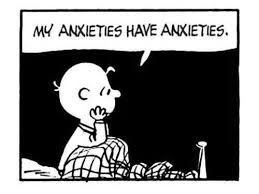 Cancer
Women with PCOS are three times more likely to develop endometrial cancer when compared to the general population. Chronic unopposed estrogen stimulation from anovulatory cycles contributes significantly to this increased risk. Ovarian cancer is also increased by 2 to 3 fold in PCOS. Since there is a significant overlap between PCOS and obesity/hyperinsulinemia, it is no surprise that women with PCOS are also at higher risk of the obesity related cancers, which now comprise 40% of all cancers as classified by the World Health Organization.
Diabetes/ Metabolic Syndrome
Perhaps the disease most closely associated with PCOS is type 2 diabetes, which forms part of the metabolic syndrome along with obesity. An estimated 82% of women with type 2 diabetes have multiple cysts on their ovaries, and 26.7% fulfill criteria for PCOS. Women with PCOS have a three-fold increased risk of type 2 diabetes by menopause when compared to the normal population. By age 40, up to 40% of women with PCOS will have already developed type 2 diabetes.
In a group of PCOS women, 23-35% will have pre-diabetes and 4-10% will have frank type 2 diabetes. This rate of pre-diabetes is 3 times higher than women without PCOS. The rate of undiagnosed type 2 diabetes is 7.5 to 10-fold higher. Not surprisingly, the rate of type 2 diabetes increased with increasing body mass index. PCOS is recognized by the American Diabetes Association as a risk factor for diabetes.
PCOS women, particularly if obese, have a higher incidence of Gestational Diabetes (GD), estimated to be about two-fold that of otherwise normal women. These women have much higher insulin resistance as observed by high fasting insulin and HOMA-IR testing.
GD increases the future risk of type 2 diabetes, CVD and Metabolic Syndrome. GD also increase the risk of miscarriage and C-section or induced birth, due to the increased size of the fetus. Maternal obesity increases the risk of childhood obesity and PCOS. Type 2 diabetes is considered a disease of excessive insulin resistance, a trait shared by PCOS patients as well.
Treated type 1 diabetics are also at risk of PCOS, with an estimated 18.8% to 40.5% affected, compared to only 2.6% in the control group. PCOS is 6-15 times more common among type 1 diabetics than in normal women. Researchers hypothesize that the frequent high dosage of insulin is the causal factor here.
Conclusions
PCOS must be considered more than merely a disorder of excess facial hair, acne and abnormal reproduction. The close link to obesity and type 2 diabetes suggests that all three conditions have the same underlying root cause. All three are now considered metabolic diseases.
All three conditions are variable manifestations of the same underlying problem. But what is that problem? Hyperinsulinemia.