Poverty and Obesity – The Epiphenomenon of Obesity III

Poverty correlates very closely with obesity as we can see in this map of obesity in the United States. 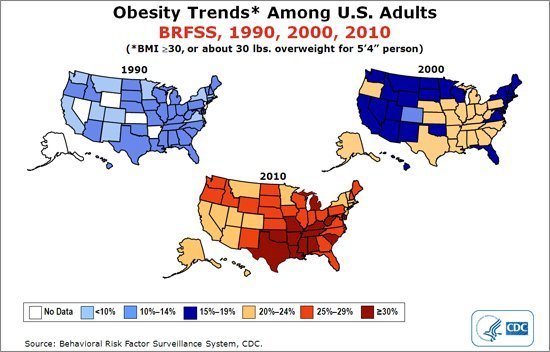 The striking increase in the prevalence of obesity throughout the USA is also immediately apparent.  Despite the large contribution of genetics to obesity, these changes have occurred within a single generation.
Therefore, the increase in obesity on a population level must be due to factors other than genetics.
It is also quite notable that the states with the least obesity today have more obesity than the states with the most obesity in 1990. 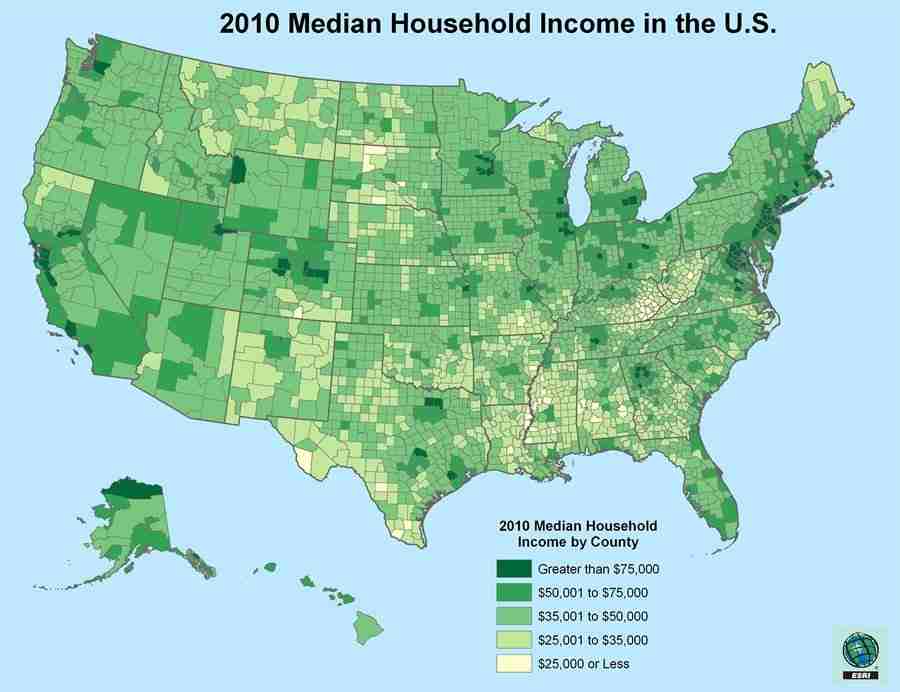 Here is a map of the median income in the USA.  While the correlation is not perfect, those states with the lowest median income tend to have the most obesity.
With a 2012 median income of $36,850, Mississippi is the poorest state in the USA.  It also has the highest level of obesity at 34.4%.
Caloric Reduction as Primary theory says that obesity is a matter of eating more and moving less.  A spinoff of this is the Food Reward theory.  This theory postulates that it is the rewarding quality of the food that makes us overeat.
But rich people can afford to buy more food that is rewarding.  The poor can afford only rewarding food that is cheap.  The rich can afford rewarding food whether it is cheap or expensive.  If people find that steak is a rewarding food, the rich can afford it and therefore buy it.  Therefore, obesity should be increased in the rich.  But the opposite is true.  The poor tend to suffer from more obesity.
Sometimes, the truly desperate will respond with a theory that the rich can afford to join gyms and therefore are more physically active.  This leads to lower obesity.  Perhaps there is less organized sports in less affluent neighbourhoods.  Since the majority of exercise is free (running, push-ups, etc.), I don’t know that this theory makes any sense.  Exercise, as previously discussed, is a minor player in obesity.
Furthermore, those who earn less tend to be more physically active during the majority of their working day.  Physical labourers (construction workers, farmers, etc.) tend to be on the lower side of the pay scale.
Contrast that to the lifestyle of an office bound lawyer or Wall Street fat cat.  They likely spend up to 12 hours a day perched in front of their computer.  The physical exertion is limited to the walk from their desk to the elevator.  Yet obesity is higher in the poorer, more physically active group.
A related theory that gained popularity in the 1970′s is the Thrifty Gene Hypothesis.  This idea was that we are genetically predisposed to gain weight as a survival mechanism.  In the modern age with copious food supply, this works against us to promote obesity.
The most obvious flaw, of course, is that modern obesity started in 1977.  Widespread famine has not been a part of the American landscape since the turn of the last century.  As you can see in the graph, most of the increase in obesity happened in a single generation.
Furthermore, a 10% body fat ratio (quite lean) is enough for a person to survive without food for over a month.  Avoidance of excess body fat is just as important to survival as too little body fat.  A big fat animal is a tastier treat for a lion than a scrawny thin one.  Fat animals tend to be easier to catch as well.  There would be genetic selection to avoid both excessive leanness and excessive obesity.  This theory would also predict an increase in obesity with prosperity rather than the opposite.
There are, in fact, animals that are designed to fatten regularly.  For instance, bears routinely gain weight before hibernation.  They can do so without illness.  Humans, though, are not one of these types of animals.  There is a difference between being fat and being obese.  Obesity is the state of being fat to the point of having detrimental health consequences.
What drives obesity in the poor?  The same thing that drives obesity in the rich.  The fattening carbohydrate.
If refined carbohydrates are significantly cheaper compared to other sources of food, then those in poverty will tend to overeat them.  An entire loaf of bread might cost $1.99.  An entire package of pasta might cost $0.99.  Compare that to cheese or steak, which might cost $10 or $20.
So why are these fattening carbohydrates so cheap? 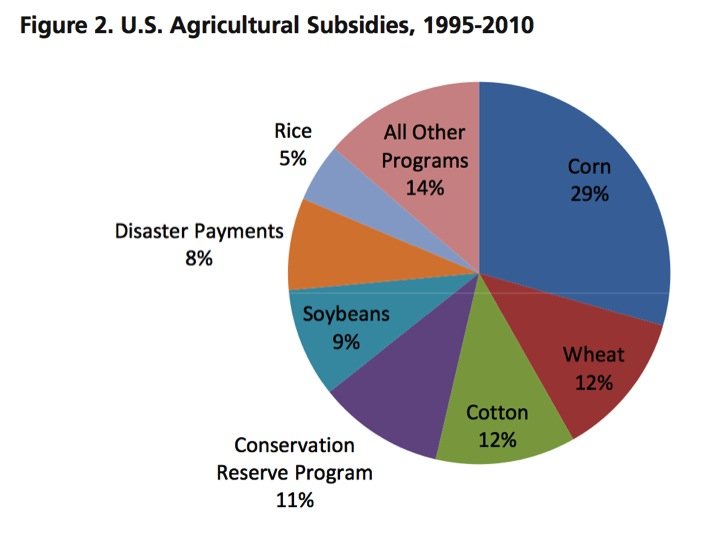 Wheat and corn production is heavily subsidized by the government.  We can look at the 2011 US PIRG report “From Apples to Twinkies“.
Corn, wheat, and rice receive a large proportion of all US Agricultural subsidies.  These become processed into highly refined carbohydrates for consumption.
If we compare the subsidy for apples and food additives, we see that food additives receives almost 70X the subsidies that fresh apples do.
These are only the subsidies for 4 food additives – corn syrup, High Fructose Corn Syrup, corn starch and soy oils.
Saddest of all – apples receive the most federal aid of all the fruits and vegetables.  All other fruits and vegetable receive negligible support. 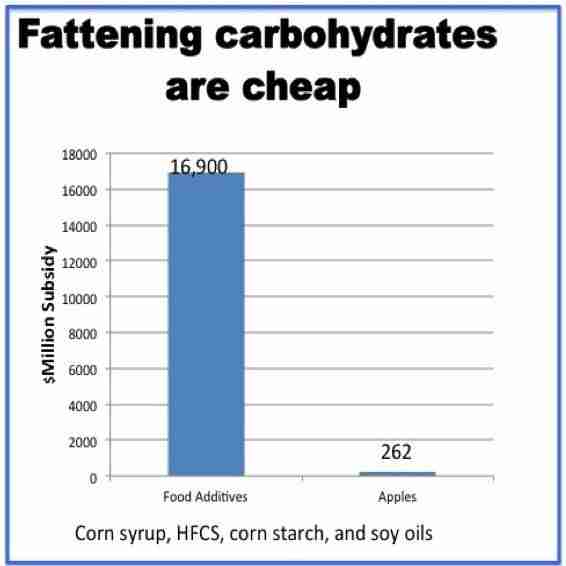 In effect, the government is supporting, with our tax dollars the very foods that are making us obese.  Then, we use more tax dollars to support anti-obesity programs and even more for medical treatment of obesity related problems.  Seems rather perverse.
I don’t believe there is a giant conspiracy to keep us sick, though.  The reason for the large subsidies was simply the result of programs to make food affordable.  These efforts began in earnest in the 1970s.  At that time, the base of the Food Pyramid were the breads, pastas, potatoes and rice.  These were the foods that we felt should be eaten every single day.  Naturally, money flowed into subsidies for those foods.  Refined grains soon became affordable to all.  And then, we got fat and wondered where it all went wrong.