I wanted to share an email I received from Shannon, a reader. He writes:
As Hans and Franz used to say, “Hear me now and believe me later.” Never let yourself get out of shape.  I included a picture from last November at an ICON 39 book signing–as you can see, I barely fit in the chair. At that point, I weighed 390 pounds–by January, I would at 395. 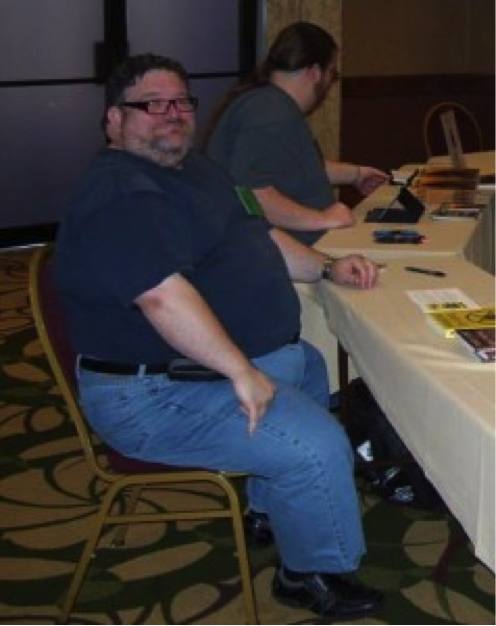 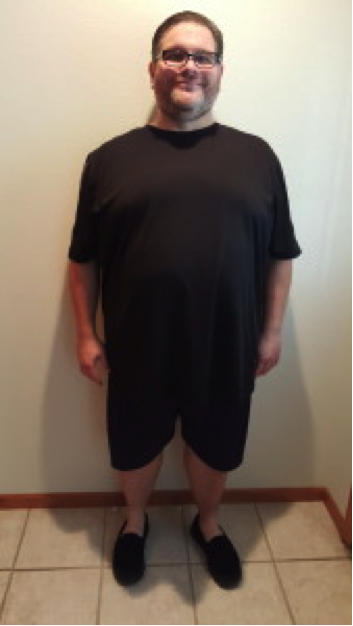 I thought it was important to add those last two paragraphs to illustrate that this is not an easy process. Every diet treats every person differently–I know, I’ve tried them all. To me, fasting was the easier choice, but it still wasn’t easy. There are many days I’ve considered giving up. There are times family and social obligations made it impossible to stick to the plan. There are times I had to give up a meal in my favorite restaurant. But from the beginning, I decided not to treat this as a brief attempt to lose weight, but to see it as a lifestyle change. I’ve chosen to see any setbacks as learning experiences or inconveniences rather than defeats.
So, last Wednesday, when I had my blood taken for the second time since I started fasting, I was a little nervous. I told myself that I would take any A1C under a 6 as a victory, but I was honestly worried. I had to wait for 2 days to get the results, but they finally came in. I, again, was at a 5.3! Once again, my blood sugar was in the normal range.
Another great effect that this journey has had is my liver health. Let’s just say numbers that were way outside normal levels are now well within the normal range.
So, there it is: my story of how, with some good advice, I brought myself back from the brink of self-destruction. I still have a ways to go–I don’t want to keep flirting with weighing 300 pounds–but I’m healthier than I’ve been in years, and I have hope that I can continue on the path I am on and continue to have success.
-Shannon
Dr. Jason Fung: Terrific job, Shannon. If adding diet soda works for you, then by all means, go ahead. The most important thing is to stick to the plan and get results. If you are using sweeteners, but getting good results, then continue. However, if you do not see the results you want, then consider changing. In our clinic, we often allow a little cream in coffee, which is also technically not a fast. However, the difference is small enough that most people do well. Some will tolerate diet soda fine, but many will not.
The other point I would emphasize is that fasting is not always easy. But it has the ability to make you healthier. My clinic is the Intensive Dietary Management Program, not the Easy Dietary Management program. Day 2 is usually the hardest day of fasting for most people. That is when the body begins switching to burning fat. Once you know that, you can prepare yourself.
Congratulations again, Shannon. Merry Christmas and Happy New Year to all. I’ll write again in the New Year.