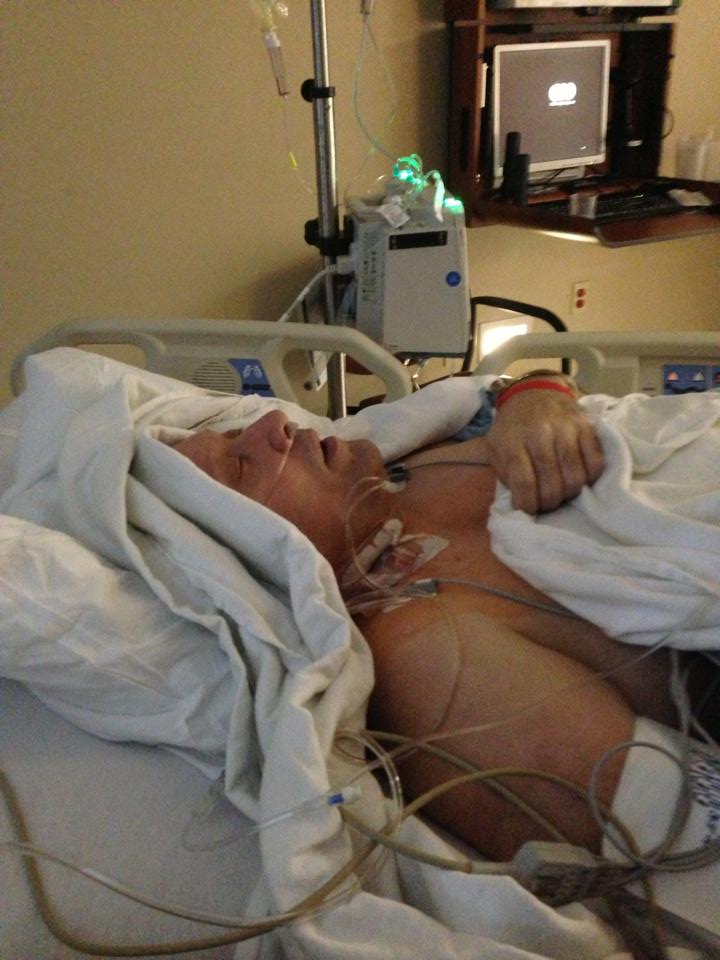 Dr. Jason Fung: I wanted to share Robert’s success story this week to illustrate the power of diet in our modern world. We are trained to believe that any powerful medicine must cost several thousands of dollars, but the best of medicines may in fact be free as we see all the time in The Fasting Method program (www.thefastingmethod.com). Here’s Robert’s story.
Robert: I was asked to post my story again so it could be shared. I’m a comic. I say that early so you know going forward that if you have no sense of humor about death and weight loss you may want to keep scrolling. I have tried very hard to find the picture of me after I died of a heart attack in March 2011. It has vanished, almost like I did. I was very lucky to have a second chance due to some quick thinking (a bottle of nitro I had saved from a chemical stress test 8 months earlier) and a bit of a miracle.
The first photo was 2 years later as my health continued to decline. I almost had my ticket punched again with a lovely bout of blood clots. Pulmonary embolisms were a constant threat and after another close call a couple years later I was told to “get my affairs in order” there was nothing they could do. At this point I had tried EVERY diet they gave me, every pill they could think of and nothing helped, worked or was sustainable. I gave up. I went on a farewell tour to Europe to meet my best friend and her family and to say goodbye. Before I left The Netherlands, she made me promise to try and come back and sing at her wedding ( I didn’t tell anyone about my prognosis) I promised her I would do everything I could to make it. Those are my “before pictures” (how about that classy “behind shot” from the London Eye… your welcome). 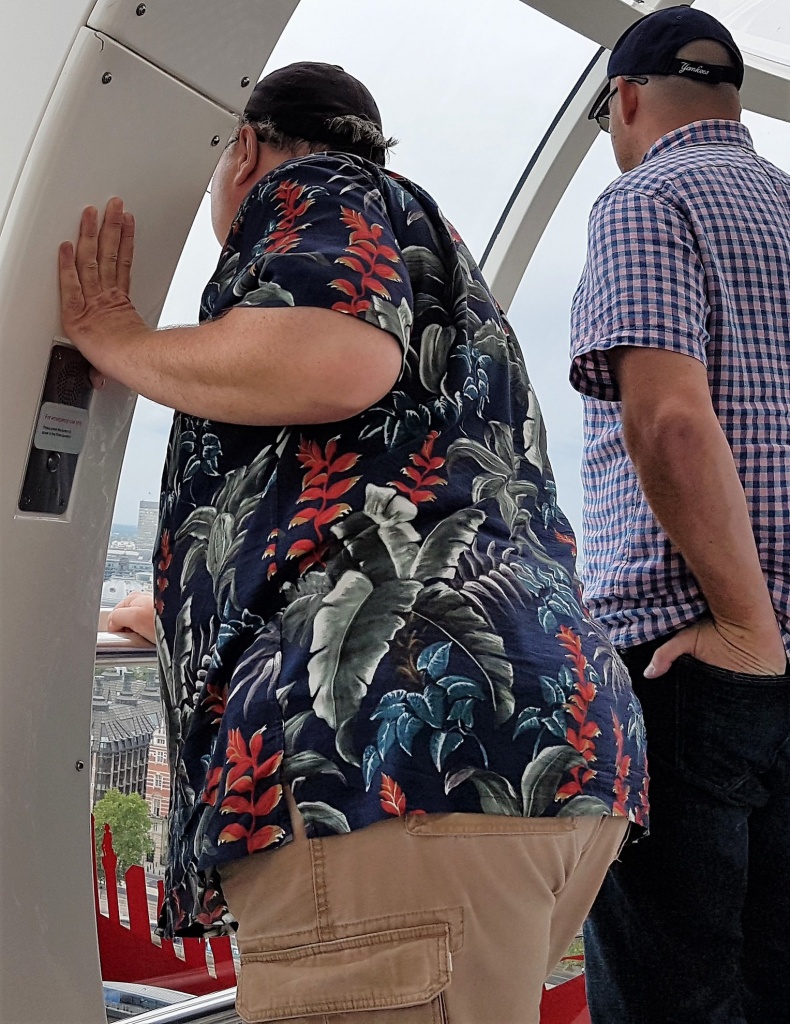 I had heard about #NSNG (No Sugar, No Grain) on the Adam Carolla show from Vinnie Tortorich and the concept of LCHF in my condition sounded like an insane idea but, I literally had nothing to lose so I jumped in September 2016. I dropped the first 60 pounds sitting in a bed or a chair. I started limping up and down the driveway, then counting houses, then miles. That first year I dropped about 100 pounds. The next year I went back to The Netherlands and sang at my best friends wedding. I felt better than I had since I was very young and wanted to do more but I had hit the dreaded plateau and had a lot of “flaps”. I had hangers 7 inches long in some places. It was very gross and surgery was not an option.
Vinnie Tortorich had Dr Jason Fung on his show and I thought “here we go again” Time to try more crazy stuff. I began with Intermittent Fasting by accident. I was fat adapted and started getting busy forgot to eat for 2 days and didn’t feel hungry at all. My first intentional fast was 3 days. It was hard. I still kept going thanks to the support of the Facebook group. I then moved on to EF’s 4,5,6,7 day fasts. I watched with glee as those disgusting flaps started to disappear. I finally got clearance from my Dr’s to start working out (all I had been able to do was walk… a lot). Once I got into the gym I slowly got more “fit” and the “skin flaps” completely disappeared. I wrote this long winded dissertation for 3 reasons. 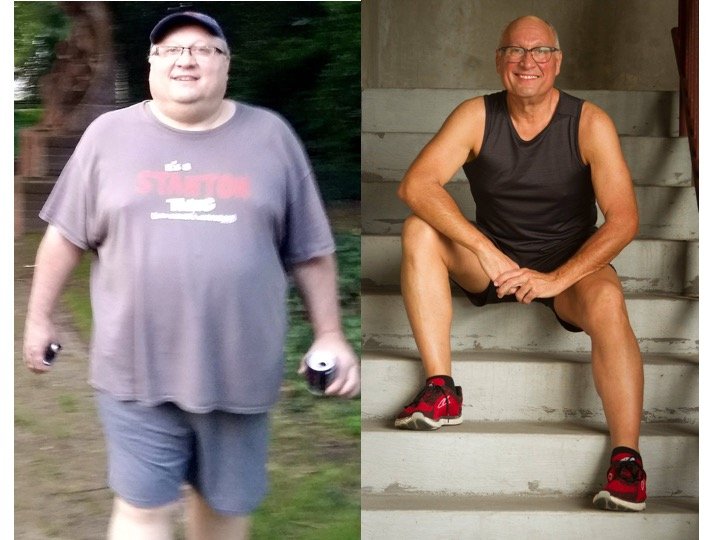 1. THIS WORKS! For some it’s easy (wish I was one of them and if that’s you just keep it to yourself) for the rest of us fasting is a muscle that needs work. Sometimes that work can seem hard. Did I mention, THIS WORKS!!! Don’t give up.

2. Everyone is different. Not all fasting protocols work the same for everyone. I caution against expecting the exact same results as others show in their posts. The key for me was to try new ones without putting more pressure on myself. 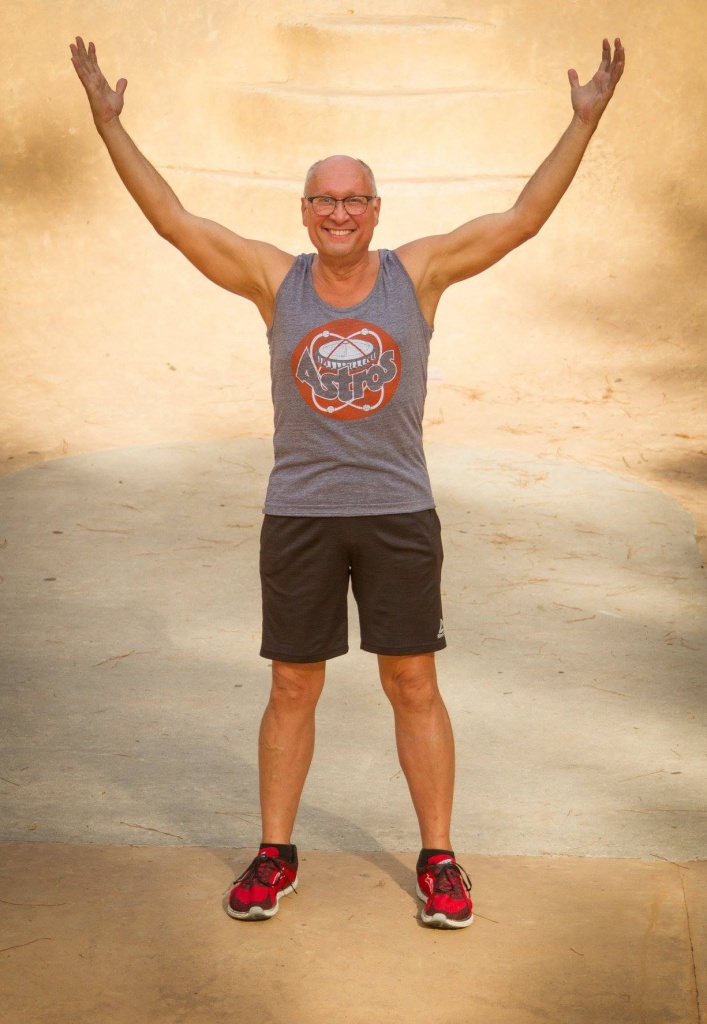 3. SUPPORT was crucial. I never would have pulled this off without the posts, advice, comments and down right love shown by the people in this community. From the bottom of my now perfectly working heart, Thank You for being there and making my new life possible. I started this journey at around 400 pounds. Now 200 pounds lighter, every day I draw breath is another victory. If you’re still reading this I’m impressed. I workout 5-6 days a week (always fasted) and have a new fitness photo shoot next month. My hope is to pay it forward. Best of luck to you all. The future looks awesome!
Dr Jason Fung: I’m still amazed at how great Robert looks. It’s an incredible transformation. I love this story for several reasons. First, you are never too old or too sick to start getting healthy. If weight is one of your big issues, then low carbohydrate diets and fasting may be a significant help to you. In the TFM program we’ve treated people up to 80 years old and many are sick with type 2 diabetes along with a host of its complications. It requires some medical supervision to implement an intensive dietary regimen, but it can still be done successfully.
Second, the point about support is very important. Everything is easier when you do it with a supportive group. On Facebook, we have a free support group for fasting – The Fasting Method Network. There’s also lots of free information and videos under the Resources section of the TFM website. If you like, there are also some aids for fasting that you can buy. The Fasting Tea line by Pique was sold out for a while, but I’ve been told that they have been restocked, so that’s also available.
Third, the point about excess skin is very interesting. I have no proof other than anecdotes, but many people have found that fasting helps their loose skin. Remember that skin is not fat, it is protein. During fasting, there is a period of time where protein is being catabolized (broken down) to burn for energy. This is not a bad thing. In this case, it is very good. Obese individuals have an estimated 20-50% more protein than lean people. This is all extra tissue that needs to be removed. In the TFM program, we’ve had people lose hundreds of pounds, just like Robert, and we’ve never referred anybody for skin removal surgery.
Fantastic work, Robert. You are an inspiration to all of us.