It is a challenge to put words to my endocrine struggles, but as Lewis Carrol wrote, “Begin at the beginning…and go on till you come to the end: then stop.” I started having endocrine problems as a child. I was under caloric restriction throughout my entire childhood so my body never developed a correct metabolic rate. I went for decades of Sisyphean struggle of extreme exercise, caloric restriction and yet still gaining weight. I developed PCOS and insulin resistance by my twenties with a diagnosis that I would surely become diabetic by 30. I confounded my endocrinologists as I ate “perfectly” from a low fat, calories-in-calories-out analysis and exercised daily. I weighed 135 at my lowest at a height of 5’9” yet couldn’t manage to get rid of a metabolic belly even though there was no fat anywhere else.
I gave up the struggle and decided to retrain myself to “eat normally” like the average person. Healthy, whole foods but normal meals. I still worked out over an hour daily. I gained 75 pounds in eight months! I went to three more endocrinologists and two nutritionists who said I was surely telling lies about my diet and exercise. I was put on Metformin and Byetta, which made me vomit daily. I lost weight due to vomiting twice daily. The doctors were very pleased that I lost 25 lbs but my lab levels were still elevated. I finally told my endocrinologist at the time that I couldn’t take the medication and the vomiting anymore after two years. She cried and said she didn’t know what to do for me, she couldn’t fix me and my problems were beyond the ability of modern medical research.
When I stopped the medications, I gained the 25 lbs back. We wanted to start a family and my GP said I should be fine – lots of overweight people have kids. My two pregnancies were very stressful. The pregnancies themselves were healthy but due to my hyperglycemia I had to see a number of specialists and work closely with a perinatologist and a high risk OB. For what it is worth I did not medicate, only strictly monitored diet and exercise and delivered two healthy babies. However in the process of pregnancy I gained another 46 lbs bringing me to 256 after delivering my second child. I endured a significant amount of abusive treatment from a number of physicians who did not understand my body. 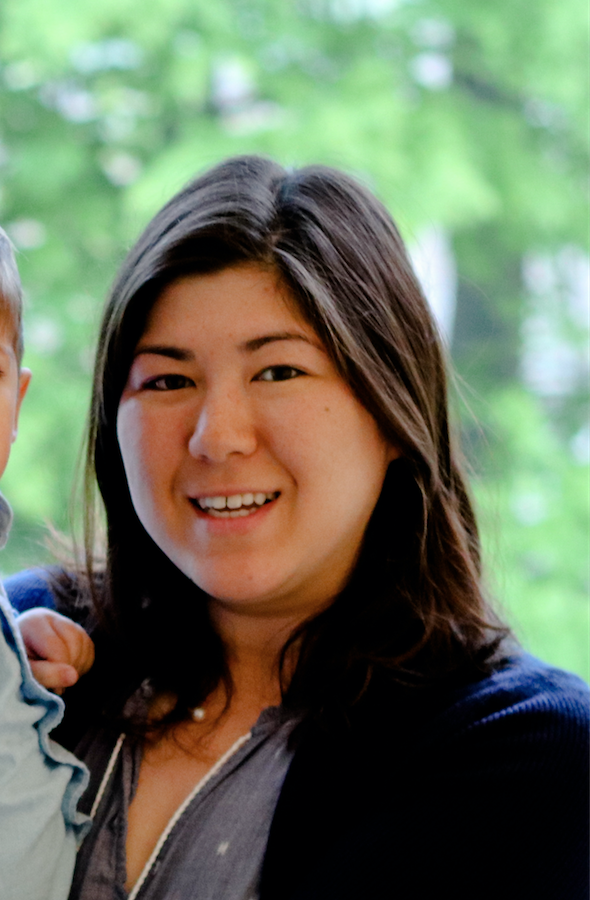 Now I was at 256 lbs and one physician mocked me saying I needed to lose 30 lbs before trying for more children but that “probably wouldn’t happen because that just wasn’t realistic for fat people” like me. It felt odd to hear that as a former thin person. In my experience when doctors don’t understand my situation, they blame the patient. Not knowing what to do, I started on my own, dropping gluten or dairy, fad ideas that I thought might help, but they didn’t.
A friend had been working with a fertility doctor who put all his patients on keto with great success. I decided to try it and with keto, I lost almost 40 lbs over 18 months, putting me at 217. I loved starting keto – I ate fats for the first time! I thought I was within the acceptable window to try for another child, per the doctor. Yet I endured a very emotionally challenging miscarriage (not my first through this journey) where my new OB said it was likely my fault for being so unhealthy. At the time of my miscarriage I had been experiencing migraines and rashes. My new endocrinologist said it was due to my new diagnosis of full diabetes; my A1c was a 9! She put me on insulin and ran exhaustive tests. She thought I might have some partial onset LADA or some rare form of diabetes because I didn’t fit the typical case history for a Type II. I had no family history of weight let alone diabetes. But the bloodwork all indicated Type II. I had this incorrect mentality that if I could just eat the right thing, or exercise the right way, I would finally be okay. After the miscarriage, I felt very broken. I told my doctor I wanted to stop the insulin and try fasting. My endocrinologist was highly accomplished in her profession, but she advised she had never had a patient do such a thing.
Another friend shared his religious experience with an extended water fast at a church-sponsored retreat. My first fast was motivated entirely by faith, I felt at a loss of direction or understanding. I lost 10 lbs in my first extended fast and gained clarity that this was what my body needed. I watched documentaries and read books on fasting from Upton Sinclair to Dr. Fung. I fasted from July 2018 to Feb 2019 on my own. My longest fast was 8 days but generally I fasted three to four days per week – often two 36-48 hour fasts and sometimes one 72-96 hour fast. When I refed, it was lazy keto, often OMAD (one meal a day) but always with at least 16:8 windows.
I hit a weight loss plateau on the scale at the end of November. On my own I was able to get down to 185-190, but the scale stopped moving. This was also the time I started lifting weights and attending barre classes instead of my usual cardio. It was starting to defeat me mentally even though I was making progress in pant sizes from November to February! I contacted TFM and started working with Jeff McCann.
Jeff has been a tremendous help. Going it alone there were so many questions, doubts and anxieties. Having a coach, Jeff answered questions that were becoming major stumbling blocks to continuing with my longer fasts. It was also wonderful to be able to ask questions about my diet to someone who understands nutrition from the same perspective but with significantly more experience. The TFM resources explained my stall was likely due to a body composition change. Having someone help you brainstorm a plan for your fasts is entirely invaluable. No more questions of is it too much, not enough, etc. And I’m thrilled to report that I had my A1c retested and as of mid-March I am at 5.8! Having someone cheer along with you is meaningful, especially someone who knows what that struggle looks like and feels like. Also, it has given me hope to hear Jeff say, “in six more months, I expect you to meet your goals.” 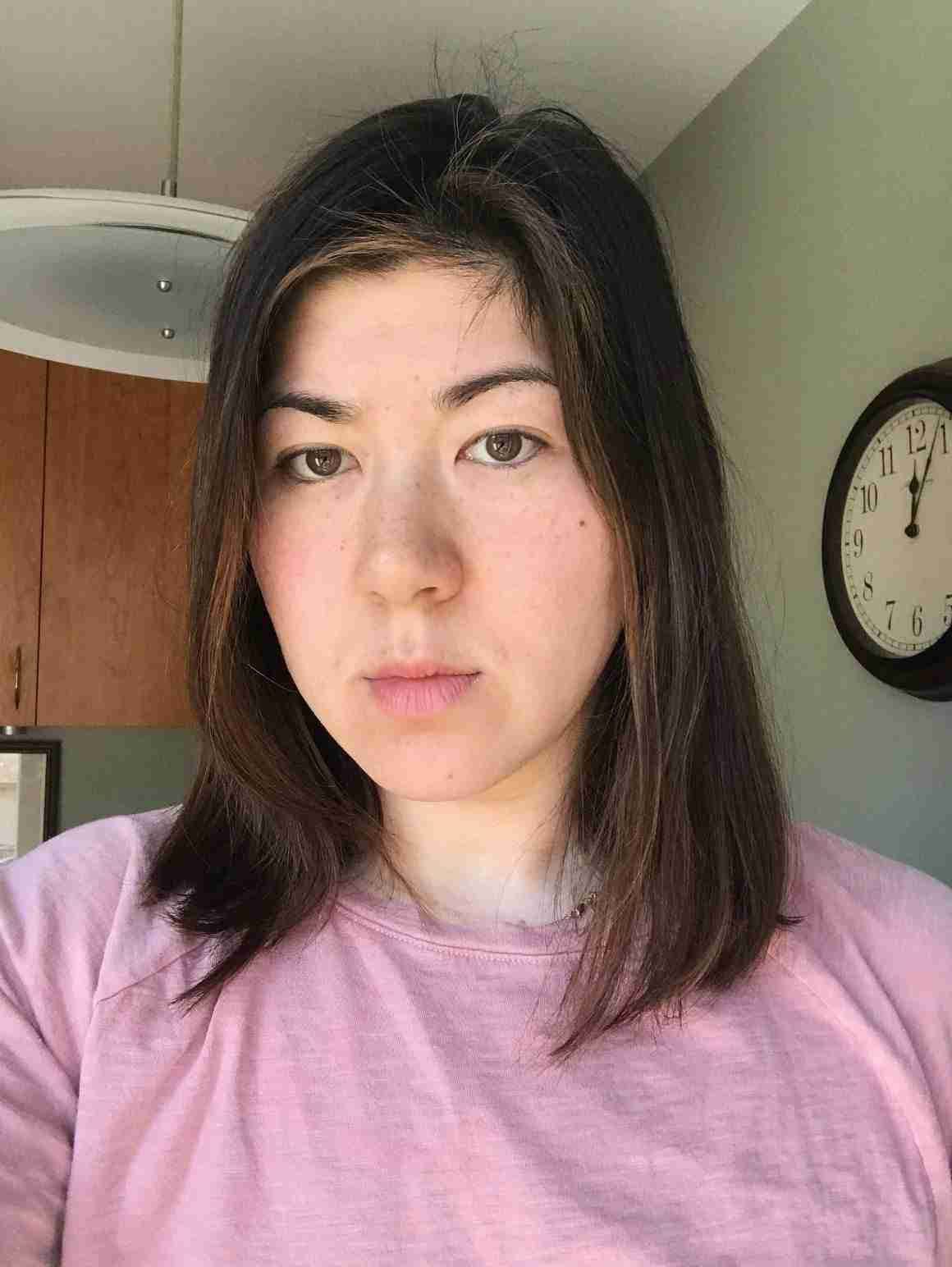 Fasting has tremendous benefits but it is emotionally, physically and spiritually demanding. Having a supportive coach to encourage my journey has been amazing. My only regret in this process is not reaching out to TFM sooner!
I don’t keep photos of myself, mostly because even the thinnest and professionally taken ones feel too painful to see. I do have one from 220, after doing keto but before fasting, and one honest selfie from today, 48 hours into an extended fast.