Searching for the X factor

Hyperinsulinemia plays the dominant role in provoking obesity and fatty liver disease, but what causes it? Insulin is intimately related to our diet, so that was naturally the first place to look. Highly refined and processed carbohydrates, such as sugars, flour, bread, pasta, muffins, donuts, rice and potatoes are well known to raise blood glucose and insulin production. This became known as the carbohydrate-insulin hypothesis, and forms the rational basis for many of the low carbohydrate diets such as the Atkins diet.
These are not new ideas, but very old ones. The first low carbohydrate diet dates all the way back to the mid 19th century. William Banting (1796–1878) published in 1863 the pamphlet Letter on Corpulence, Addressed to the Public, which is often considered the world’s first diet book. Weighing 202 pounds (91.6 kilograms), Banting had been trying unsuccessfully to lose weight by eating less and exercising more. But, just as today’s dieters, he was unsuccessful.

On the advice of his surgeon, Banting tried a new approach. He strenuously avoided all breads, milk, beer, sweets and potatoes that had previously made up a large portion of his diet. William Banting lost weight, and successfully kept it off. For most of the next century, diets low in refined carbohydrates were accepted as the standard treatment for obesity.
For all the success of low carb diets, the carbohydrate insulin hypothesis remains incomplete. High dietary intake of refined carbohydrates is an important contributor to high insulin levels, but not the only contributor. There are many other significant influences. For this, we need to understand insulin resistance.

Insulin acts like a key to open a gate for glucose to enter the cell for energy. In the insulin resistance state, normal levels of insulin no longer open this gate and glucose piles up outside in the bloodstream. 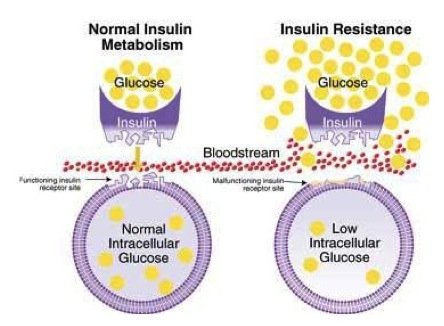 Does Obesity cause IR? 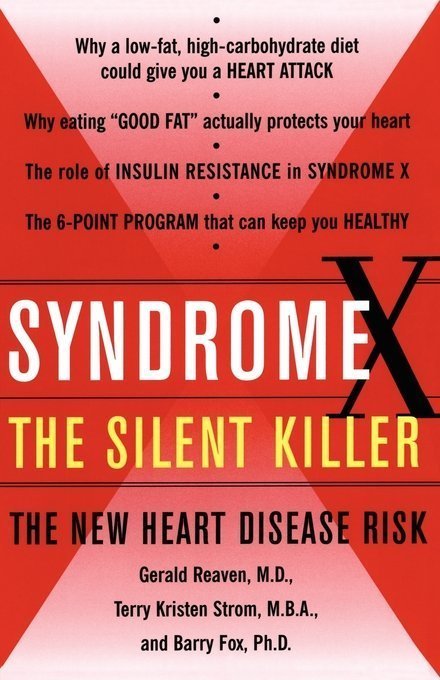 A third, more likely possibility exists. The same fundamental root cause may underlie both obesity and insulin resistance and possibly other closely associated diseases. The past twenty years had identified syndrome X, now known as the metabolic syndrome (MetS).

Our understanding of the metabolic syndrome began in the 1950s, when high triglycerides were noted to be highly associated with CV disease. In 1961, Dr. Ahrens showed that this abnormality was primarily related to excess dietary carbohydrates rather than dietary fat, as widely expected at the time.
Around the same time, early insulin assays confirmed that many people with relatively minor blood glucose elevations had severe hyperinsulinemia. This was understood as a compensatory mechanism to the elevated insulin resistance. In 1963, the observation that patients with heart attacks often had both high triglycerides and hyperinsulinemia first linked these two diseases.
High blood pressure (hypertension) was associated with hyperinsulinemia as early as 1966 (9). By 1985, researchers showed that much of essential hypertension, so called because the underlying cause had not been identified, was also closely associated with high insulin levels.
By the 1980s all the essential features of metabolic syndrome were identified and established – central obesity, insulin resistance, dyslipidemia (high triglycerides and low HDL) and hypertension. Dr. Gerald Reaven of Stanford University introduced this concept of a single syndrome in his Banting Medal address of 1988, one of the highest profile academic lectures in all of diabetic medicine, calling it ‘Syndrome X’.
The ‘X’ moniker was chosen since it is commonly used in algebra to denote this single unknown variable, emphasizing that this syndrome shared a common underlying pathophysiology as yet unknown. These were not all individual risk factors, but one unified, critically important syndrome.
The 2005 National Cholesterol Education Program (NCEP) Adult Treatment Program III (ATP III) defines the metabolic syndrome as three of the following five conditions:

Each additional component of metabolic syndrome increases the risk of future cardiovascular disease. The metabolic syndrome identifies patients with shared group of risk factors that all have a common origin. Insulin resistance, central obesity, high blood pressure and abnormal lipids all reflect a single underlying problem, the unknown X. While obesity is commonly associated, the metabolic syndrome could also be found in approximately 25% of non-obese individuals with normal glucose tolerance levels.
High levels of Low Density Lipoprotein (LDL or ‘bad’ cholesterol) are pointedly NOT one of the criterions of the metabolic syndrome. Many doctors and professional guidelines obsess about LDL, and resort to prescribing statin medications to lower it. High LDL is not part of constellation of the metabolic syndrome, and may not have the same origins.
The prevalence of metabolic syndrome in the United States varies from 22% to 34% depending upon the specific criteria. This is not a rare disease, but instead one that affects close to 1/3 of adult population of North America. This constellation increases the risk of heart disease by almost 300%. Metabolic syndrome also increased the risk of stroke, cancer, NASH, PCOS, and obstructive sleep apnea. Even more worrisome, this MetS is increasingly being diagnosed in children.
Recent research has supported and extended this concept of a single syndrome with a common cause. Other metabolic abnormalities, including endothelial dysfunction, increased inflammation, sympathetic tone and coagulation have been noted. All the major diseases of the 21st century were all related to a common cause. But what was it? 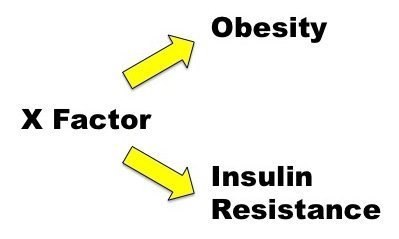