Who needs to avoid Fat Bombs and BPC? 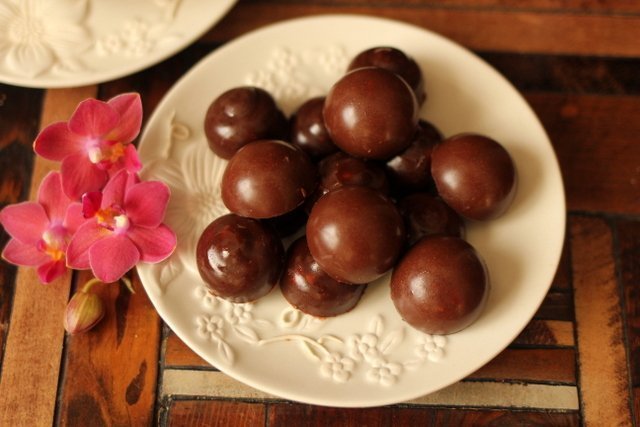 Does eating extra fat via Fat Bombs and Bullet Proof Coffee make you fat? Here’s the short answer. Yes and no. If you are slender, then eating fat will not make you fat. If you are obese/ overweight then yes, eating more fat will make you fat. Let me explain. The answer, of course, has nothing to do with calories (an entirely outdated and useless concept) and has everything to do with physiology. Let’s back up a bit.
Under a ketogenic/ Low Carb High Fat diet, people are encouraged to eat the large majority of calories as fat. Generally, they should eat real food, until full. Some people have taken this to mean that they should add extra fat to everything they eat – witness the popularity of ‘Fat Bombs’ – treats or foods with very high fat content or Bullet Proof Coffee – coffee with the addition of extra oil (MCT, coconut etc). There has been some people who find this slows down weight loss and others that feel it does not. What’s happening?
Insulin is the major driver of weight gain. When you gain body fat, the body responds by increasing secretion of a hormone called leptin, which tells the body to stop gaining weight. This is a negative feedback loop, designed to prevent us from becoming too fat. This is a survival mechanism because obese animals who cannot move properly will get eaten. This is also one of the reasons why people say “We are genetically programmed to eat everything in front of our face” or “We are programmed to get fat, but food was scarce before” are completely mistaken. So why doesn’t it work for us?
Insulin and leptin essentially are opposites. One tells our body to store body fat and the other tells it to stop. If we continue to eat fructose, causing insulin resistance and persistently high insulin, then we will also persistently stimulate leptin. Like all hormones, a persistently high hormone level leads to downregulation of hormonal receptors and the development of resistance. So persistently high leptin levels eventually leads to leptin resistance, which is exactly what we see in common obesity. So, lean people are leptin sensitive and obese people are leptin resistant. 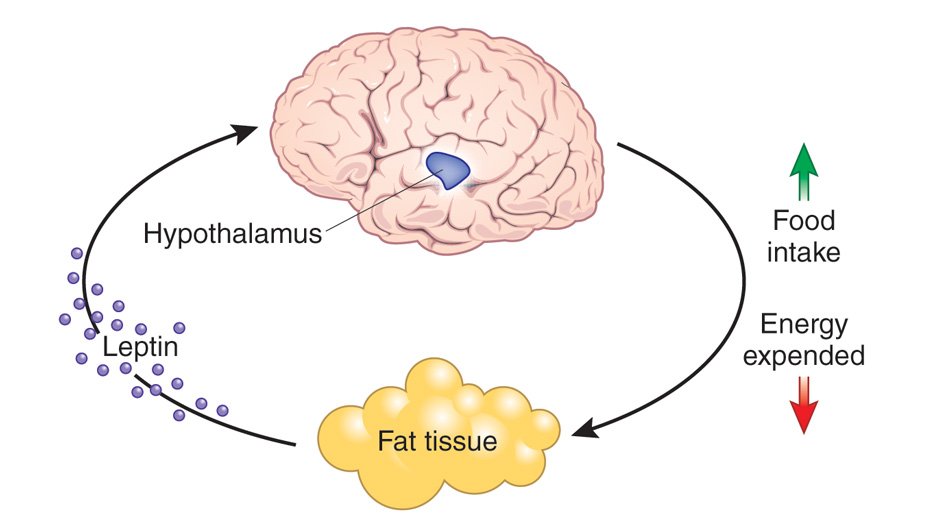 Let’s now think about the physiology of eating dietary fat. Remember there are only 2 fuels for the body – you either burn sugar or burn fat. When you eat carbohydrates or excess protein, it goes to the liver, through the portal vein and stimulates insulin, which tells the body to start burning sugar, and store the rest as glycogen or fat. Dietary fat, on the other hand, does no such thing. It is absorbed in the intestines as chylomicrons, goes through the lymphatic system to the thoracic duct and directly into the systemic blood circulation (not the portal circulation of the liver). From there it goes into the fat cells to be stored. In other words, the fat does not affect the liver, and therefore does not need any help from insulin signaling and goes directly into fat stores.
So, doesn’t that mean that eating fat makes you fat? No, no at all. Let’s take the lean person (leptin sensitive) first. Remember the story of Sam Feltham’s 5000 calories/day experiment? He ate an enormous number of calories per day, and still did not gain weight (53% fat, 10% carb). As you eat lots of fat, it will get stored into fat cells, but insulin does not go up. As fat mass goes up, leptin does as well. Since the lean person is sensitive to leptin, he will stop eating in order to let that body weight go back down. If you force-feed him, as Sam did, the metabolism ramps up to burn off those extra calories. 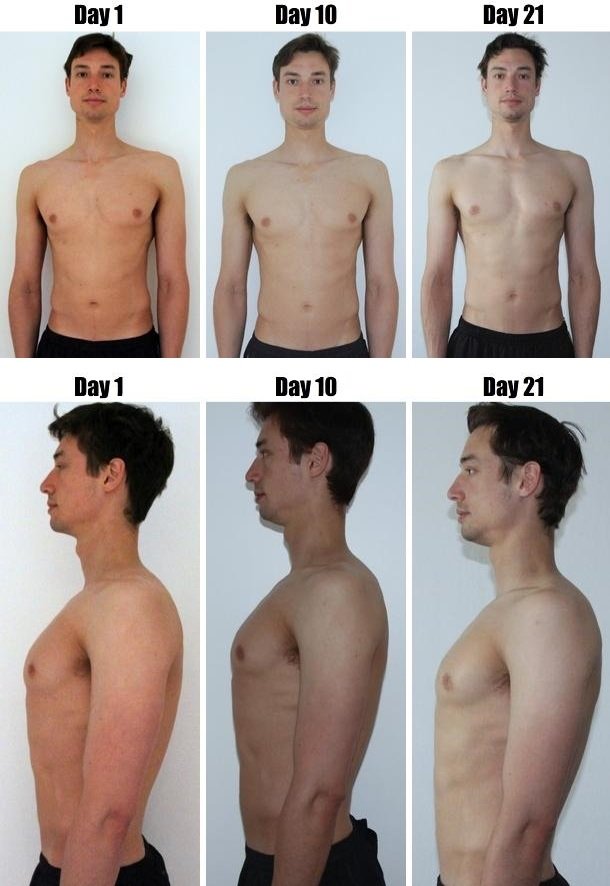 Now, the situation for the obese, leptin resistant person. As you eat lots and lots of fat, insulin does not go up. However, that ‘fat bomb’ does indeed go directly into your fat stores. You respond by increasing leptin levels in your blood. But here’s the difference. You body doesn’t care. It is resistant to the effects of leptin. So your metabolism does not go up. Your appetite does not go down. None of the beneficial weight loss effects of eating that ‘fat bomb’ happens. And yes, you will need to eventually burn off that extra fat you’ve taken in.
The practical implication is this. If you are lean and leptin sensitive, then eating more dietary fat, like cheese, will not make you gain weight. However, if you are trying to lose weight, and have some problem with obesity/ insulin/ leptin resistance, then adding extra fat to your meals is NOT a good idea. Once again, you can see that we do not need to go back to that outdated, and useless notion of calories. Obesity is a hormonal, not a caloric imbalance.
What can you do instead? Well, eating more carbs is not a good idea. Neither is eating more protein. Nor is eating more fat. So, what is left? That’s what we call fasting.
At this point, you might worry about nutrient deficiency. That is why so many people talk about nutrient density. How can you get the maximum nutrients for the minimum calories? This is muddled thinking. Why do I care? Ask yourself this – are you worried about treating obesity or nutrient deficiency? If you choose obesity, then worry about obesity. You don’t need more nutrients, you need less. Less of everything.
If you are instead worried about nutrient deficiency, then treat the nutrient deficiency, but let’s be clear – THIS HAS NOTHING TO DO WITH THE TREATMENT OF OBESITY. If you are worried about, say, Vitamin C because you have scurvy, then by all mean, take foods dense with Vitamin C. But it will not make a bit of difference for the treatment of obesity. The issue of obesity and the issue of nutrient deficiency are completely different. Do not confuse the two. I treat obesity, not beriberi disease. So I worry about reversing hyperinsulinemia/ insulin resistance/ leptin resistance. If you are leptin resistant, then no, adding more fat does not make you lose weight. Fat bombs, for you, are not a good idea.
Update:
I think quite a few people misunderstood the point of this post, and think I suggest a low fat diet. No, I suggest eating a low carb, high fat diet until you are full when you eat. This is the point – if you have 2 choices:
A – Eat LCHF until full.
B – Eat LCHF until full, and then eat more butter, oil, BPC and fat bombs
You should choose option A. I would have thought that this is common sense, but apparently, many people choose option B thinking it better.