Why does body composition matter? Women and Fasting Part 3 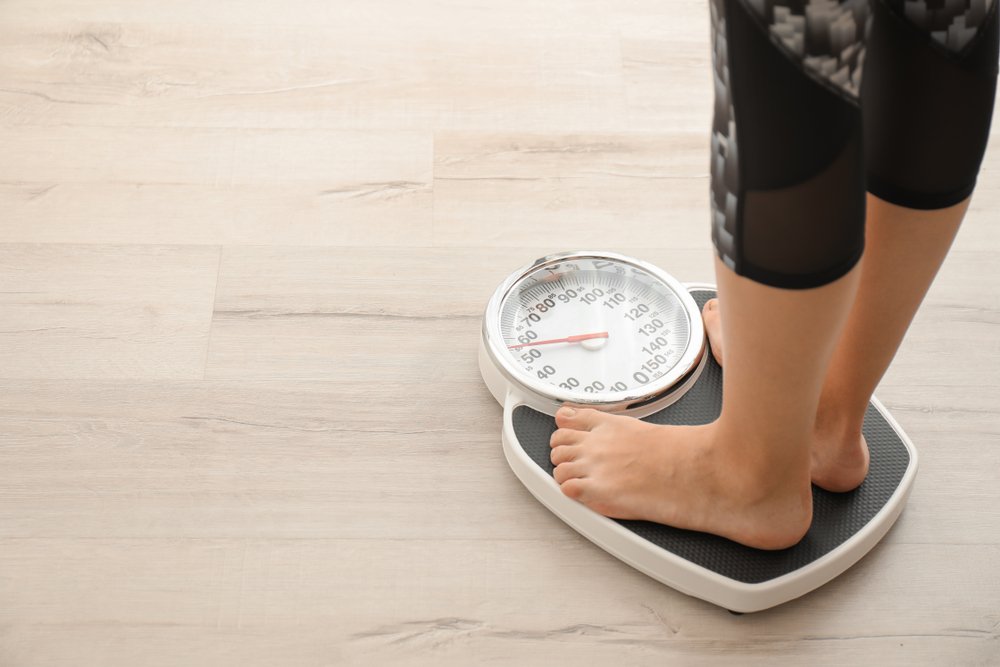 There is a lot I wish we could change in medicine.  One of the things that bothers me the most is our fixation with the scale and lack of education about what it tells us.  Both women and men use their total body weight as a marker of how healthy they are but just how accurate is it?  The truth is it isn’t accurate at all.
The scale tells us our total body weight.  It tells us how much fat mass, muscle mass, bone mass and water mass our bodies are composed of.  We just assume the lower the number, the better.  This is one of the most dangerous assumptions we make in medicine today.
I have been 186 pounds and 97 pounds, and I have been obese at both weights.  It’s not hard to justify to people I was obese at 186 pounds since I’m only five feet tall, but what about 97 pounds?  How could I possibly be obese then?  The truth is I may have been small, but I was a little sack of fat rather than the large sack of fat I was at 186 pounds.
I first started fasting and shifting my eating towards a ketogenic diet when I weighted 186 pounds.  I was tired and exhausted all the time.  I couldn’t wait to have all the energy people who fasted and ate keto raved about.  Within 6 months of starting my new lifestyle I had successful lost 60 pounds.  I remember smiling ear-to-ear the day I saw 126 pounds on the scale.  I had made it to my ‘goal’ weight, which meant I was healthy in my mind.  The truth is, I wasn’t.  I felt terrible and my energy was low. Was it better than it was when I weighed so much more?  Yes, absolutely, but I still felt sick.  Compared to genuinely healthy women my age, I felt completely broken.  I concluded that this was as good as it was going to get for me. I must be broken as a result of eating so poorly my entire life.  I scaled back on my fasting and settled into maintenance mode.
Several months after I surrendered, I realized I was still morbidly obese.  It was your typical Monday morning and I opened my email to see that our wedding photographer had sent us a link to view our wedding photos.  I eagerly clicked on the link to see the pictures but was surprised to see myself looking the way I did.  Now, I was beautiful and love my wedding photos, but I looked overweight.  I was completely caught off-guard and slightly worried about my mental health.  Why was I still seeing a fat Megan?  Well, that’s because I was.
I casually asked my new husband and mother what they thought.  They both totally ignored me and wrote my off as crazy.  I asked a few of my very best friends, and they did the same thing.  I decided to print off one of the photos and put a sticker over my face hiding my identity.  I brought this photo to the clinic one afternoon and asked my patients what they thought of this ‘woman’.  Every one of them thought she could afford to lose a few pounds.  The next day I booked my first DEXA body composition scan. 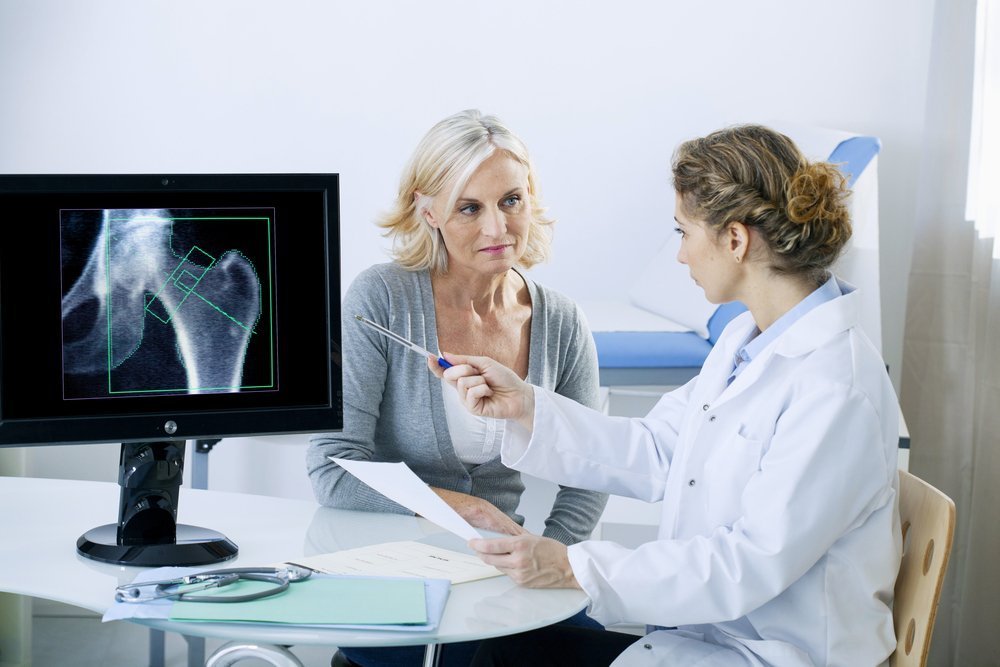 The DEXA body composition scan is one of the best ways aside from an MRI to get a rough estimate of your body fat.  My results were terrible.  I found out not only was I morbidly obese at 36.7% body fat, I also had osteoporosis.  I also had extremely low muscle mass for someone my age.
I got back into fasting and tightening up my keto diet that very day.  I started doing a 72-hour fast once a week and went back to tracking my macros each day.  I also started doing high intensity interval training (HIIT) and rebounding exercises on a mini trampoline.
Within a few months I had dropped from 126 pounds to 97 pounds.  My energy had improved significantly, but I looked unwell.  People started to ask me if I was anorexic or if I had cancer.  I decided to go for another DEXA scan and found out I had dropped to 31.4% body fat.  I had also improved my bone mass density a bit and developed some muscle mass.
The day after my scan, I was flying off to Lake Tahoe to meet up with my husband to celebrate his birthday.  I knew I had lost a lot of weight and there was no way my jean shorts would fit me, so I swung by the mall to grab a pair.  Size five turned out to fit like a glove.
After I returned from my trip, I decided it was time to put on some good weight.  I started doing a lot of 24 hour fasts intermittently, increased my exercise to put on lean mass, and I increased my dietary fat intake by about 60 grams per day.
Within a few months my weight went up to 112 pounds, but guess what?  Those size five jean shorts I purchased when I weight 97 pounds were now too BIG!  I went back to the same store and repurchased the shorts in a size zero.  Despite gaining 15 pounds, I had dropped a bunch of dress sizes.  My next DEXA body composition scan showed I had strengthened my bones significantly, gained a lot of lean mass, and lost a bunch of body fat.  Today I am skinnier at 112 pounds than I was at 97 pounds because I have a healthier body composition.
I see this time and time again with my patients, especially slender looking diabetics.  We call these patients TOFIs – thin on the outside, fat on the inside.  I will never forget the day I heard Dr. Fung tell a woman who weighed 90 pounds that she was obese.  Her organs were all filled with fat causing her diabetes, and she was extremely weak and had severe osteoporosis.  The woman was taken back for a moment but then realized he was right.

It’s not only the slender diabetic patients who struggle with the scale.  I will never forget one of my patients come into my exam room dancing.  She was a wealthier woman but looked almost homeless.  Her pants were about six sizes too big and she had a fancy leather belt tied in a knot around her waist.  I couldn’t help but laugh, she looked ridiculous.  I asked her what was with her look, and she replied she’s been losing so much weight she gave up on buying clothes.  She was just going to look ridiculous until she stopped losing weight.  We both had a laugh and talked about how her fasting and diet was going, and then I asked her to step on the scale, so I could get her measurements.  I remember her dancing to the scale and within a few minutes breaking into hysterical tears.  She hadn’t lost weight since I took her measurements five weeks earlier.  She had to sit down and started hyperventilating.  ‘How?’, she said.
I asked her to stand back-up for me, so I could measure her waist.  She had lost four inches in a month.  That’s a lot of body fat!  Well, this lady just didn’t care.  Her whole life she was told the scale is the ultimate maker of what makes her weight-loss efforts successful and what inevitably makes her healthy.
If you want to just lose body fat and not gain lean mass, then you need to focus more on doing 16:8 or 18:6 fasts. The longer you fast the more HGH you will produce, but who wants to be brittle and weak?  It’s muscle mass that keeps our joints strong as we age.  I’ve yet to meet one patient who is happy about having to get their knees or hips replaced as they get older, or arthritis pains.  It’s the same with osteoporosis too.  I have many patients who are so brittle they refuse to leave their homes during the winter months in fear of slipping and fracturing their hips.  I think it’s better to fast longer if you can, so we can lose the body fat causing us to be unwell and focus on being strong and healthy.
It’s OK and even important to gain HEALTHY weight!
In next week’s post, we will discuss the various ways of measuring your body composition and how you can keep track of it at home.
Megan Ramos